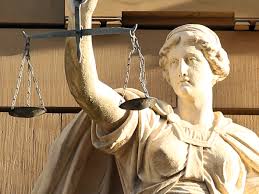 Diary of a DA: The True Story of the Prosecutor Who Took On the Mob, Fought Corruption and Won, scribed in the first person, follows the storied prosecutorial career of Herbert Stern. The memoir travels from the inception of his barrister duties at the Manhattan District Attorney’s Office in 1962 through his tenure as the U.S. Attorney for the State of New Jersey, which ended in 1974 when he was appointed to the federal bench. An easy to read personal tome, the book functions perfectly in equal parts of criminal suspense, courtroom drama, and a guide to understanding the trial work components of the criminal justice system.

Stern educates his readers about the lowest level duties of an assistant district attorney, such as trying minor cases while being part of the “Complaint Bureau” and the “Criminal Court Bureau”, and compiling indictments in front of grand juries. The author, in recounting his own tales in these units, doesn’t glamorize the seemingly smallish work of a youthful prosecutor. Instead, he paints the realistic picture of the monotony related to the court hearings associated with these bureaus. Stern unabashedly explains the bumps and bruises he took in learning his craft in these courts. He expresses that while law school only taught him legal theory, his first assignments with the Manhattan District Attorney’s Office taught him the practical side of law (i.e. – how to object, introduce evidence, direct- and cross-examine witnesses, deliver summations, and negotiate plea bargains). Refreshingly, he admits to making mistakes in his on-the-job training.

Although the young prosecutor fought with tenacity in his first endeavors, Stern often recognizes the de minimis nature of many of the offenses that he was prosecuting. He internally questions the necessity – and sometimes even morality – of forwarding certain gambling and so-called obscenity cases. He laments that “All in all, it is a shoddy business, and I would feel better if I refused to be part of the moral police.” However, Stern is ambitious and realizes that this is just part of the job. What he doesn’t realize, in these earliest stages of his vocation, is just how quickly the job will change, and the heights of success that he will accrue. For, in just a little over two years in the business, Stern will be leading the charge in the investigation of the murder of one of America’s most well-known and controversial men: Malcolm X.

Diary of a DA progresses to chronicle, in a strict timeline fashion, the travails of Stern’s rapid movement through the prosecutor ranks. As the import of the cases grows, so does Stern’s agency resume. While still in his 20s, he moves to the Department of Justice. In 1969, at only 32-years old, Stern lands the second-in-command position at the U.S. Attorney’s Office in New Jersey, although he was not barred in the state. And just two years later, he is appointed the U.S. Attorney of New Jersey. In this federal post, Stern serves as the state’s most powerful law enforcement official. The gravity of the cases he prosecutes in these varied roles – coupled with the detailed and colorfully descriptive layman’s prose that Stern employs to communicate the normally complex material – is what makes this book a fast read that is nearly impossible to put down.

Stern’s book has the intimate feel of a diary, but is written much more in novel form. It is replete with little – and large – gems of honesty and reality in the hopefully hallowed halls of justice.

In describing a New York City criminal court judge, former NYC Mayor Vincent Impellittmeri, in a 1963 diary entry, Stern relays, “…I do note that while he treats private counsel with great consideration, he is very tough on legal aid lawyers and their defendants.” In the same chapter, Stern delivers one of the most poignant and candid admissions of a prosecutor: that he mistakenly prosecuted a man who he thought might not be guilty. This was a haunting, transformative event for Stern as a 26-year-old lawyer.

Here he tells the story not of a major mob boss or top corrupted politico, but a no-name, represented by a legal aid attorney, who allegedly hit a person and stole five dollars. After the arresting police officer told Stern that he believed the complainant was lying and that the defendant was innocent, Stern interviewed the complainant and found that there were multiple holes in his account. Believing that it was his duty to put the complainant on the witness stand and let the court make the call, Stern initiated the trial.

As the purported theft/assault victim testified, Stern repeatedly attempted to bring out all the problems with the complainant’s version of the incident. This is something that the defense attorney would usually do and Judge Impellitteri (the jurist who wasn’t too favorable to legal aid-represented defendants), kept telling Stern, “Do not impeach your own witness.” The judge’s admonition was strange, if not improper, in that his role is supposed to be that of an impartial party – and not one who should be meddling in how the prosecutor is handling his own witness. Stern dismissed Impellitteri’s interference, thinking that this judge understood what he was trying to do, namely bring out the reasonable doubt in the case which would result in an acquittal. Stern was incorrect.

As part of a three-judge panel, Impellitteri convicted the man and sentenced him to the most harsh penalty the court could impose for the offenses: two one year prison terms, to run consecutively. Stern was shocked at the result, and in face of potentially being held in contempt of court, he yelled to the judge, “How could you do that?”

But  Impellitteri didn’t hold the young lawyer in contempt. Instead, the judge emotionlessly said to him, “Mr. Stern, if you did not want us to convict him, why did you prosecute him?”

Understanding this as the most valuable lesson he had learned to date – and it becoming a cornerstone in his personal canons of justice that he carried with him throughout his legendary prosecutorial career – Stern, wrote:

“I did not think my job was to judge credibility. I believed it was for the court to decide who was telling the truth and my function was just to present testimony…But standing before that cold man I see I am wrong, and I will remain wrong as long as people like him sit in judgment. I have learned that the prosecutor must do more than determine if a judge or a jury could legally convict. In that moment I see that the prosecutor must do more than advocate reasonable positions. The power of his office is too vast to permit him to shift responsibility from himself to any tribunal for the outcome of what he alone has the authority to initiate.”

A 537-page book, Diary of a DA constitutes an autobiography of just a 12-year portion of Stern’s career, to wit his term as a prosecutor. At just 37, he was appointed his federal judgeship, which resulted in even more notoriety for the ever-motivated legal stalwart. Presiding over the only case ever tried in an American court in the then-American occupied sector of West Berlin, Germany, Stern gained international acclaim through this 1986 trial and a book he authored about it, Judgment in Berlin. This first writing effort netted Stern a movie deal, as the book was adapted into a screenplay and produced into a feature film of the same title. Academy Award winner Martin Sheen played Stern in the movie, and Academy Award winner Sean Penn co-starred in the flick. Upon retiring from the bench at 50 (an age at which most lawyers do not even first-become federal judges), Stern launched one of New Jersey’s most fabled and respected criminal defense practices. The man required personally seeing justice prevail in all roles of the criminal law system, a quality of his that is easily understood within the confines of his memoir as a prosecutor. Although Stern makes it clear that as a U.S. attorney and assistant district attorney he carried out his duties with the greatest of passion, precision, and success, he is equally mindful, throughout the book, of his goal to see justice sought (and to do that, one must be mindful of the law and the rights on the other side).

Kenneth Del Vecchio is the author of some of the nation’s best-selling legal books, including a series of criminal codebooks published by Pearson Education/Prentice Hall and ALM/New Jersey & New York Law Journals. He is a former judge, a former prosecutor and a practicing criminal/entertainment attorney for 23 years, wherein he has tried over 400 cases.  Mr. Del Vecchio is also an acclaimed filmmaker who has written, produced and directed over 30 movies that star 100+ film and TV stars, including several Academy Award and Emmy winners and nominees. His films are distributed through industry leaders such as Sony Pictures, NBCUniversal, Cinedigm, and E-1 Entertainment. He has starred in numerous movies, as well. A best-selling political thriller novelist, he penned his first published novel at only 24-years-old. Additionally, Mr. Del Vecchio is the founder and chairman of Hoboken International Film Festival, called by FOX, Time Warner, and other major media “One of the 10 Biggest Film Festivals in the World.”  A frequent political and legal analyst on networks such as Fox News Channel, Mr. Del Vecchio formerly served as the publisher and editorial page editor for a New Jersey daily newspaper.