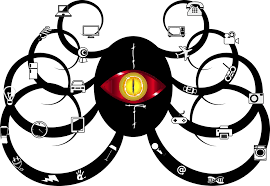 A new report from Rasmussen should scare the FBI. According to the report, 34 percent of likely voters including a majority of Republicans now believe the FBI meddled in the 2016 election.

Several months ago, the FBI would not even be considered as an answer for a poll question, but recent revelations from several congressional investigations and an ongoing Office of Inspector General inquiry have revealed unsettling facts about the FBI. If the public doesn’t trust the FBI can it survive, and what can be done to restore the trust?

The problems for the FBI started in the middle of the 2016 election. Democrat Presidential candidate and former Secretary of State Hillary Clinton was under investigation for violations of the law concerning her handling of classified material. In an investigation into the Benghazi terrorist attack, it was found that Clinton was not using a State Department email, but a private email system set up outside official government channels.

This was extremely disconcerting because as Secretary of State Hillary Clinton had access to the highest levels of intelligence. If Clinton sent classified material over a non-classified system, it would be a severe violation of the law. Throughout the investigation, the FBI would take many steps that seemed curious to onlookers, and as Congress began investigating the Clinton investigation, the actions of the FBI continued to puzzle:

Since the beginning of the Congressional investigations into the events leading up to the 2016 election, the FBI has done nothing but stall and obstruct Congress in its constitutionally mandated oversight role. The FBI refused to honor multiple subpoenas from the House Intelligence Committee. Chairman Devin Nunes (R-Calif.) had to threaten a contempt of Congress charge to get the FBI to answer the subpoena.

These are just a few examples of possible crimes and irregularities committed by the FBI during the investigation into “Russian Collusion.” FBI leadership in D.C. either does not realize the problem they have created for themselves or are in so deep it believes obfuscation is its only salvation.

Who would want to help the FBI if assisting them could get you put under surveillance like Carter Page? You won’t hear it from the mainstream media, but Carter Page cooperated with the FBI in 2013 and helped the agency prosecute three Russian spies. Millions of Americans are going to now think twice before reaching out to the FBI.

Attorney General Jeff Sessions seems to agree there is a crisis of public confidence with the FBI. He recently stated, “Well, I would just say it this way. The Department of Justice, which includes the FBI, we all, we tend to be defensive. At this point in time, I think we need to go the extra mile to make sure that everything we do is not political. Everything we do is based on law and facts. And, whether we like it or not, there’s been erosion some in the confidence of the American people at the FBI and Department of Justice.”

If FBI leadership continues on its current kamikaze path of obstruction, people will continue to lose trust in the FBI. The FBI will be utterly ineffective if the people lose any more trust in the institution. Robert Mueller can save the organization he loves. He should immediately close his political witch hunt. The longer the witch hunt continues, the more damage is done to the FBI. The rehabilitation of the FBI cannot start until the false prosecutions end.

Printus LeBlanc is a contributing editor at Americans for Limited Government. To read more of Printus LeBlanc’s articles, visit www.netrightdaily.com.