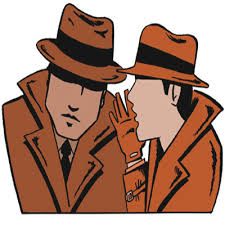 There are multiple disturbing revelations that have resulted from the release of the FISA memo. Civil liberty violations. Illicit secret court proceedings. Law enforcement abuses of power. Political treachery and scandal. One could call it a “constitutional crisis”, but that phrase is so often misappropriated, it is hurtful, if not offensive, to employ it.

Powerful evidence has emerged which apparently shows that a FISA court judge was manipulated into – or complicit in – the issuing of an unlawful surveillance warrant, as an effort to subterfuge Donald Trump’s presidential candidacy. Unless further evidence is revealed, the entire basis behind the warrant to wiretap and covertly surveil former Trump campaign adviser Carter Page was information provided through the Steele dossier, a 35-page report created by a former, disgraced British spy, Christopher Steele.

This James Bond-type character – similar in profession, but certainly not looks and charisma – is an ardent Trump hater. He specifically admitted to a deputy attorney general that he “was desperate that Donald Trump not get elected and was passionate about him not being president.”

More so, Steele was hired by Hillary Clinton operatives to dig up dirt on the then-Republican nominee. The type of dirt sought to be derived through the dossier was of the Russian blend. Given that Steele was not able to find any such undesirable Trump-Russian muck, he did what Mr. Bond would not do: he manufactured some. However, since his soiled gossip was not supported by fact, it was found incredible by all credible persons in the criminal justice ranks. Except former FBI Director James Comey, former FBI Deputy Director Andrew McCabe, Deputy Attorney General Rod Rosenstein, and some other high-ranking members of the Department of Justice (“DOJ”), who utilized Steele’s handiwork as the basis to obtain the FISA warrant to surveil Carter Page. According to the FISA memo, which can be read in its entirety in the Washington Examiner, these law enforcement officials personally signed the FISA applications seeking warrants to target Carter Page for surveillance.

The FISA memo, which was spearheaded by U.S. Congressman Devin Nunes (R-CA), states that “material and relevant information was omitted” from the FISA applications seeking warrants to surveil Page and that the Steele dossier compiled “on behalf of the Democratic National Committee (DNC) and Hillary Clinton campaign formed an essential part of the Carter Page FISA application.” The memo further alerts that the applications failed to “disclose or reference the role of the DNC, Clinton campaign or any party/campaign in funding Steele’s efforts, even though the political origins of the Steele dossier were then known to senior DOJ and FBI officials.” The memo also reveals that Steele was paid a whopping $160,000 to “obtain derogatory information on Donald Trump’s ties to Russia.” Additionally, the memo reports that “the FBI separately had authorized payment to Steele for the same information” and that Steele’s bias against Trump, although known by the FBI, was “not reflected in any of the Page FISA applications.”

According to the FISA memo, in December 2017 McCabe testified before a congressional committee that a surveillance warrant for Page would not have been sought from the FISA court “without the Steele dossier information.” More so, it appears that the FISA court that issued the warrant relied upon just two sources when making its determination to issue the warrant: the Steele dossier and a news report from Yahoo News that was directly generated from Steele. In other words, barring the release of additional information, the court really grounded its decision to order the warrant based upon just one source, towit the Steele dossier. The FISA memo cemented this point, in stating:

“The article does not corroborate the Steele dossier because it is derived from information leaked by Steele himself to Yahoo News.”

Although it is now known that the material found in Steele’s dossier is unverifiable (he admitted such in a British court filing), there is insufficient evidence to show that the FISA court judge was aware of the dossier’s credibility shortcomings when he issued the Carter Page warrant. Accordingly, it would be unfair to condemn him for the same. Similarly, the then-mens rea of the FBI agents and DOJ officials who sought the warrant is unknown; perhaps, although it is difficult to believe, they deemed the dossier credible at the time they hunted the warrant. In any case, the Steele dossier was seemingly unsupported, wherein the FBI and DOJ lacked any credible, buttressing evidence for the naked allegations levied in it. The Yahoo News report, in layman’s terms, doesn’t count—because it simply regurgitated the dossier’s unsubstantiated claims.

This means that, at minimum, both the law enforcement agents who sought the warrant – and the judge who issued it – made a grave miscalculation of justice. It is a preposterous proposition that the FBI agents/DOJ officials were ignorant, as a collective group, of the fact that the Yahoo News report was solely rooted in the Steele Dossier. In not being ignorant, they would be aware that their entire application was, therefore, singularly based in the unsupported words of one, very biased man. Yet, they proceeded to obtain a warrant to invade an American’s most scared rights based upon this saliently flimsy evidence. And they proceeded to a court which they knew was held in secret and normally would be beyond scrutiny. Back to layman’s terms: this pretty much stinks.

Was the judge who issued the warrant duped by the law enforcement officials into thinking that the Steele dossier and the Yahoo News report were from two separate sources? No one now knows. Regardless, there was insufficient evidence to show that Carter Page was acting as a spy for Russia (this was the claim in the warrant application). In legal terminology, there was not probable cause for the issuance of the warrant, which rendered it unlawful. And that was a grave act of injustice.

Issuing a warrant without probable cause, in most matters, does not mean that the actors involved with it have committed a crime. The conduct would only constitute a criminal offense under certain prescribed circumstances, such as where the parties fabricated evidence. There is absolutely no information to indicate that either the law enforcement officials or the judge involved in the Carter Page FISA warrant committed any crime. However, it certainly appears that information was purposely withheld, and that the judgment of all entangled in this debacle was unsound. Some, or perhaps all, of the participants may have been improperly politically motivated. Accordingly, if a thorough investigation of the matter proves the same, a sweeping firing of all involved will be a just penalty for their misconduct.

Numerous law enforcement officials, members of Congress, and members of the press have reported that nearly 100% of all FISA warrants sought by law enforcement are granted. This, if true, is terrifying, as such would, in essence, render the court a rubber stamp for the police. Such violates the most basic principles of the constitutionally-defined separations of power. The FISA Court is part of the judiciary. The FBI, DOJ and all of law enforcement are part of the executive branch of the government. These are two separate and distinct branches of our three-tiered form of government. Along with Congress (the legislative branch of the federal government), they are supposed to act as checks and balances against each other. If the FISA Court is granting nearly 100% of law enforcement’s requested FISA warrants, there is no balance and there are no checks—and that leads America toward a totalitarian form of government. Add to this unsavory brewing recipe that the FISA Court is held in secret, and the American citizenry is surely dealing with an upsetting, civil liberty-violating concoction.

As a note of irony, the Steele dossier was created by a foreign spy. It was manufactured for the purpose of interfering with a U.S. election. This weaponry was germinated at the request of a partisan political organization to enhance the chance of victory for one candidate (Hillary Clinton) and to deflate the possibility of victory for another (Donald Trump).  Oddly, the content of the dossier involved the nation of Russia. Special Prosecutor Robert Mueller has been investigating alleged illegalities among members of the Trump campaign and Russian officials. As of this date, there is no trustworthy public information to implicate, even in the most remote manner, any Trump campaign worker’s participation in unlawful dealings with the Russian government. However, after reading the FISA memo, it is logical to conclude that there may have been some illicit associations among Clinton campaign/DNC staffers, Christopher Steele, and Russian operatives.

The goal of the Steele dossier, and thus the Carter Page FISA warrant, was to harm Donald Trump and his candidacy. That’s quite obvious, and quite dangerous. But what’s also quite dangerous is how easily law enforcement was able obtain this FISA warrant and infringe upon an American citizen’s Fourth Amendment rights. It is disquieting, if not shocking, how little evidence is required to decimate an American’s right to privacy—and how effortlessly law enforcement (and the courts) can have it carried out.

Kenneth Del Vecchio is the author of some of the nation’s best-selling legal books, including a series of criminal codebooks published by Pearson Education/Prentice Hall and ALM/New Jersey & New York Law Journal Books. He is a former judge, a former prosecutor and a practicing criminal/entertainment attorney for 23 years, wherein he has tried over 400 cases.  Mr. Del Vecchio is also an acclaimed filmmaker who has written, produced and directed over 30 movies that star 100+ film and TV stars, including several Academy Award and Emmy winners and nominees. His films are distributed through industry leaders such as Sony Pictures, NBCUniversal, Cinedigm, and E-1 Entertainment. He has starred in numerous movies, as well. A best-selling political thriller novelist, he penned his first published novel at only 24-years-old. Additionally, Mr. Del Vecchio is the founder and chairman of Hoboken International Film Festival, called by FOX, Time Warner, and other major media “One of the 10 Biggest Film Festivals in the World.”  A frequent political and legal analyst on networks such as Fox News Channel, Mr. Del Vecchio formerly served as the publisher and editorial page editor for a New Jersey daily newspaper.