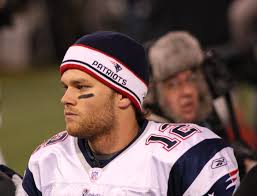 Did anyone notice how pathetic the Super Bowl commercials were?

All of the androgynous people. Women with purposefully short hair. Unmanly men. Many of the “29 genders.”

Celebrities of one race bouncing around with mixed-raced families who are portrayed to be their own families. But really, they are not relatives, much less immediate relatives.

Harmony everywhere. Constant blatant messages of how we should be only one, uniform group of global people. Basically, a demand that we must be such.

Celebrities telling us all how we are required to help out those in tragedies, as if they really do – and we don’t.

The condescension was bountiful. And then, there were:

No sexuality at all.

But there were copious amounts of babies.

And lots of boredom. No humor at all.

So, who were these commercials designed for?

The hateful, angry feminists who desire a gender war?

The racists who want to keep the races, ethnicities and religious groups separated and divided?

All the above, and collectively defined as:

But, so unfortunately, the vast majority of these scary ultra-liberals don’t realize that this world without borders/one-earth-government/non-gendered/same-person-wrapped-up-in-everyone/socialist-centered narrow view is not a mechanism to ensure human rights and better living for all – but to ensure a one, new-world order where all are indeed “the same” (except for the .0000000000001% who rule everything). That’s what socialism always turns into—a communist dictatorship. The scary ultra-liberals need to perform a simple review of history.

The 2018 Super Bowl commercials were designed to not just pander to these scary ultra-liberals, but to further propagandize these robotic-like people (and there are millions of them), and ensnare as many others as possible. It is an ongoing effort. And one that is working.

On the surface, much in these commercial spots should be applauded.

People of different races should hang out with each other—and marry interracially, if they so desire. People who are “different” should not be ostracized, bullied or marginalized – and should have a voice. And, of course, those who have been the victims of natural disasters should be aided.

However, the vast majority of Americans do not consist of mixed-raced couples. They are not androgynous, no-gender humans. Most men like sexy women. And most women like a tough, man’s man. These are the type of people who watch the Super Bowl. These are black and white people, and those of every ethnicity and religion in America’s melting pot. People who, in the 99% of them, want racial equality, freedom of religion, and to help others who have suffered in disasters – but definitely don’t want to be told how to act (and think) by the ultra-liberal elites.

Those in corporate America who forced this contrived narrative in the American people’s faces surely lost most of their audience with these one-world order/same-person spots. And that’s because American people, en masse, don’t subscribe to that strange, alarming communist-direction agenda.

Fictionalizing reality, here, was condescension at best. And it was an attempt at manipulative propaganda at its worst.