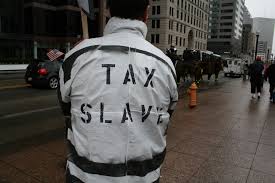 The roaring 20s were ushered in by sweeping tax cuts, across the board by President Warren Harding and President Calvin Coolidge. The lowered tax rates did something that most of its opponents never foresaw (or refused to admit would occur): the cuts actually increased revenues. Great economic prosperity then ensued throughout the United States.

Presidents Hoover and Roosevelt thereafter raised all the tax rates. And then the Great Depression blew demolished the fiscal heyday.

Although Democrats had dismantled the tax cuts in the 1930s, a young Democrat in the early 1960s revitalized them. John F. Kennedy was the second 20th Century president to enact sweeping tax reform.

JFK oversaw the slashing of tax rates across the board. The 1960s Americans witnessed the same result that had occurred 40 years earlier. The economy boomed. And tax revenue increased from $100 billion to over $150 billion during these 1960s tax cuts.

Ronald Reagan bolted into office in 1980, delivering what he had promised in his campaign. The Republican star did what his Democrat counterpart star had done two decades earlier: he had taxes cut at every bracket.

President Trump has initiated what likely will transform into sweeping tax cuts, for all. In each of the above-defined 20th Century presidents’ tax reforms, the ultimate across-the-board cuts took some time. Trump’s first step is in synch with these historical accounts. Accordingly, the U.S. economy, via this first round of Trump-pushed cuts – along with his many other bold initiatives- is likely to keep traveling in its successful financial route. Naysayers may just be jealous or woefully uniformed.