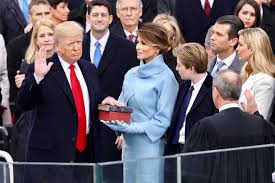 On Jan. 17, Sen. Jeff Flake (R-Ariz.) took to the floor the U.S. Senate and disgracefully compared President Donald Trump to one-time Soviet dictator Josef Stalin because the President called the fake news publishing stories falsely alleging he is a Russian agent “an enemy of the American people.”

Perhaps not appreciating the irony, just a day later, Flake voted to reauthorize Section 702 of the Foreign Intelligence Surveillance Act (FISA), legislation that authorizes the President to exercise intelligence gathering powers said to have been abused during the Bush and Obama administrations in the form of mass surveillance.

It is all political theater for the retiring Arizona senator as the elites in Washington, D.C. applaud his “courage” for idiotically comparing the President to one of the greatest mass murdering dictators in human history who killed millions of his own people and sent many more to gulags.

As a personal note, my wife’s aunt grew up in one of those gulags in Siberia before being liberated years later and eventually immigrating to the U.S. In 2016, she voted for Trump.

Flake’s was an outrageous, despicable comparison, and reflects how hysterical and disconnected from reality Trump’s opponents have become since his unlikely victory in 2016. If Flake truly believed Trump was a Stalinist — who spied on, imprisoned and mass-murdered his political enemies — he wouldn’t be granting more national security powers to the executive branch.

To be fair, perhaps Flake thought he was voting to spy on Trump and the First Family so that the intelligence agencies will finally help overturn the outcome of the 2016 election with their fake, trumped up charges of treason and foreign collusion. Who’s the real monster?

Since the Church Committee, which was convened in 1975 to get to the bottom of revelations by Seymour Hersh’s explosive report to the New York Times on Dec. 22, 1974 that the CIA had engaged in a mass, domestic surveillance program against anti-war protestors, members of Congress and other political figures, the de-weaponization of intelligence — a war power, mind you — against the American people was an article of faith in our democracy.

Now, sadly it is a forgotten epitaph memorializing the destruction of the Constitution by those now in a frenzy to utilize that very deep state to overturn the American people’s Nov. 2016 decision to elect Donald Trump. Have they stopped to consider the irreparable damage that has been inflicted on the republican form of government and the rule of law by their rash inquisition?

This feverish mob mentality, which Flake does nothing to alleviate, is utterly dangerous.

In the meantime, back in reality, President Trump is at work on behalf of the American people who elected him. He is internally taking on these deep state actors that unconstitutionally used the nation’s surveillance powers against the opposition party in the 2016 election campaign. On the day FISA Section 702 was reauthorized in the House, Trump tweeted, “I have personally directed the fix to the unmasking process since taking office…”

Meaning, despite the broad grant of authority by Congress, Trump is circumscribing the exercise of those surveillance powers to prevent these types of partisan, political abuses of the surveillance authority from ever happening again. The nation’s intelligence agencies must never again be weaponized against political enemies.

It is Trump’s Justice Department that is now turning over the papers to the House Intelligence Committee that document these abuses and more.

Americans for Limited Government did not support the FISA reauthorization precisely because of those unconstitutional abuses, but we are pleased that the President is taking action to rein them in all the same. Thank goodness for small favors.

That is the true story of Trump’s first year in office. The President is restoring limited government through his actions, while his opponents are distracted by his unique, Trumpian rhetoric he uses to connect with his supporters. It’s okay, Jeff. We get it, even if you don’t.

Where he has the power, Trump is rescinding and limiting economy-killing regulations from the Environmental Protection Agency, the Consumer Financial Protection Bureau and others.

But, the President is not relying solely on his executive authority to get things done. In other areas, he is helping to restore Congress’ Article I responsibilities. Even on former President Barack Obama’s Deferred Action for Childhood Arrivals (DACA), which Trump campaigned against and has suspended becoming effective March 5, Trump put the issue where it belongs — in Congress. At the time, he said, “Hopefully now Congress will be able to help them and do it properly.”

Agree or disagree with DACA, that is limited government in action. President Trump cannot just arbitrarily change the law. Making laws is Congress’ job. If members want to do DACA, then they should put it in a bill and put it on his desk.

But Trump is being no pushover. He wants a lot in return, supporting a bill by House Judiciary Committee Chairman Rep. Bob Goodlatte (R-Va.) that ends chain migration, eliminates the visa lottery, fully funds the southern border wall and implements a national E-Verify system.

Here, Trump is clearly exercising the separation of powers and using the bully pulpit to get parts of the agenda he campaigned on into law. That’s exactly what he’s supposed to be doing.

Trump is also enforcing the nation’s immigration laws vigorously, prioritizing deportations of violent gang members, cracking down on sanctuary cities and extreme vetting to keep terrorists out of America.

Another constitutional responsibility of the federal government Trump has taken full command of is foreign relations, securing the release of American held hostages, strengthening old alliances and forging new ones.

Also, on foreign affairs, Trump is keeping his promise to be tough on trade and other economic relations. Under Trump, the U.S. has withdrawn from the Trans-Pacific Partnership. He has left the Paris Climate Accord. He has ordered that the North American Free Trade Agreement (NAFTA) to be renegotiated. He has initiated discussions with China to begin narrowing the trade deficit.

Here, Trump is exercising the authority granted by statute and under the Constitution to put America first on trade and to take a tough stance with foreign nations that take advantage of the U.S. And for the tens of millions of Americans who voted for him — particularly in the rust belt states of Michigan, Ohio, Wisconsin and Pennsylvania who put him over the top in the Electoral College — it’s about time.

More broadly on the economy, Trump successfully navigated the pitfalls in Congress and got the most major tax cuts for individuals and corporations since Reagan, ensured the repatriation of trillions of dollars of foreign earnings to be reinvested into the U.S. economy, opened up the Arctic National Wildlife Refuge for oil drilling and repealed the Obamacare individual mandate to purchase health insurance. Each of those individually would have been major legislative achievements. Trump got them all in the same bill.

Overall, Trump’s actions on taxes, trade, energy and deregulation are going to help the U.S. economy to grow more robustly and create new, good-paying jobs over the next decade. And yes, taking on the fake news enemy of the American people and telling the truth for a change.

By every measure, President Trump deserves not only credit, but the heartfelt thanks of the American people he is fighting on behalf of, regardless of who they supported in 2016.

We need to set aside the hysterical rantings of Trump’s opponents, like retiring Sen. Jeff Flake whom history will soon forget, and focus on what Trump has actually done as president. These are the acts of a little “R” republican; of the dutiful watchman.

One year later, the American people are getting what they voted for in President Donald Trump: the restoration of limited government, the separation of powers and new-found prosperity for the U.S. economy. Agree or disagree with President Trump’s agenda, he is putting America first — and he is getting the job done.

Robert Romano is the Vice President of Public Policy at Americans for Limited Government.  You can read more of his articles at www.netrightdaily.com.