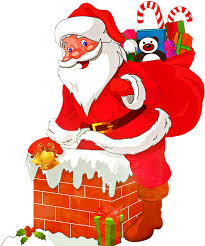 Christmas is coming, the liberals are getting crazier…A recent poll shows some ridiculous ideas about what a modern-day Santa Claus should look like, with ideas that clearly come from liberals. Graphic Springs, a logo-creation company, recently polled people in the U.S. and U.K. on the question “What would Santa look like if he were rebranded for today?”

Graphic Springs polled people in the age range of 18-65 through Google surveys. The initial survey of potential characteristics of modern Santa was given to 400 U.S. and U.K. residents, and then the final list was distributed to 4000 people (from the same age range and same countries) for a vote. Below are some of the highlights of the recommended changes for St. Nick:

23% said Santa should have an iPhone

21% said Santa should go on a diet

17% said Santa should use a hoverboard

18% said Santa should be more hipster

Santa Claus is a beloved character in both the United States and United Kingdom, and he brings joy to millions as he is, with his big belly, lack of technology, and flying reindeer-pulled sleigh. He does not need “re-branding,” and he does not need a gender change. The idea of making Santa different just feeds into the liberal viewpoint that anything traditional needs to change, just in case anyone is being oppressed, offended, or marginalized. Well, the Santa Claus tradition does not oppress, offend, or marginalize, by any stretch of the imagination.

Leave Santa alone, liberals, or you will find coal in your stockings.