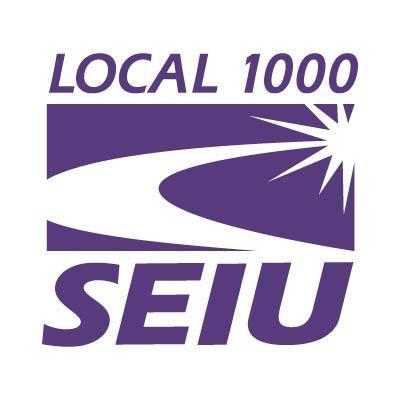 While so much attention is being focused on the allegations of sexual harassment in Hollywood, there’s another sexual harassment scandal that is not getting anywhere near as much coverage. That scandal is at the Service Employees International Union (SEIU), a major campaign supporter of Democrats, and its Fight for $15 campaign.

SEIU, which is composed of janitors, security guards, child care workers, government employees, grad students, and adjunct professors, among others, is one of the largest unions in the country; its Fight for $15 campaign advocates for raising the minimum wage to $15 an hour.

The scandal began with allegations against Scott Courtney, formerly an SEIU Executive Vice President. Seven SEIU staffers accused Courtney of having sexual relationships with young staffers who were then promoted. Just last month, Courtney married an SEIU staffer. Furthermore, “more than a dozen current and former staffers … said complaints about top-level staff on the Fight for $15 were an open secret.” They also alleged “that complaints about abusive behavior by organizers who reported to top strategist Courtney led to no action.” Amidst an investigation, Courtney resigned from the SEIU late last month.

The Washington Free Beacon talked to a former Fight for $15 organizer. She spoke of the “the broad environment of misogyny at [the union],” and stated that she had “personally experienced sexual harassment from two people in supervisory positions.” The organizer claimed that, although she reported her harassers to human resources, it did not seem to accomplish much. Speaking of one of the harassers, she said, “His behavior didn’t change. He had an attitude of entitlement and misogyny and the feeling he could get away with really egregious comments.”

Caleb Jennings, who led SEIU’s Fight for $15 campaign in Chicago, was fired late last month. Jennings was accused of creating a toxic work environment and having a “sexist and aggressive” attitude. Over a year ago, 50 staffers signed a letter urging his firing. Included in the letter was an allegation that he had shoved a staffer into a doorframe and subsequently fired her. That former staffer, who is also an immigrant, filed a complaint with the National Labor Relations Board. The NLRB found that she was wrongly fired and awarded her $20,000 in back pay. She declined to take her old job back and stated, “I wouldn’t want to work for someone who assaulted me.” If the allegations against Jennings are true, it is unclear how he managed to keep a job at all, particularly one at an organization that claims to fight for workers’ rights.

Although no explanations have been provided publicly, two other Fight for $15 leaders have recently left their jobs. Mark Raleigh, who led the Detroit chapter of Fight for $15, was fired; and Kendall Fells resigned earlier this month. Fells departure is notable because he was the national organizing director for Fight for $15 and was a leading spokesman for the campaign.

After the latest departures, an SEIU spokeswoman stated the following. “These personnel actions are the culmination of this stage of the investigation which brought to light the serious problems related to abusive behavior towards staff, predominantly female staff.”

What makes the scandal even worse is the Fight for $15 campaign’s hypocrisy. On its website, the campaign asserts that “four in ten women working in fast food restaurants deal with sexual harassment on the job… This has to stop. WE have to stop it.” Yet, while the campaign was busy crusading against sexual harassment in fast food restaurants, it was ignoring serious problems in its own organization.

It is good that SEIU is finally decided to investigate its scandal and admit that it has had “serious problems,” but the union is still rather late in arriving at this conclusion. Because SEIU’s sexual harassment scandal was so widespread and reached so high into the organization, the Department of Labor should investigate to see whether any dues money from hard-working SEIU members was used to buy the silence of sexual harassment victims.

Richard McCarty is the Director of Research of Americans for Limited Government Foundation. You can read more of his articles at www.netrightdaily.com.