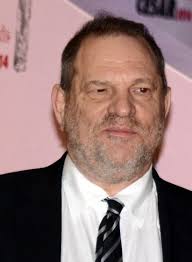 A former production assistant named, Mimi Haleyi, claimed that Weinstein “orally forced himself” on her while she was on her period during a visit to his New York City apartment. The alleged sexual assault happened in 2006 when she was in her 20s. Haleyi gave a detailed statement of the event and read it during a press conference in New York City on Tuesday, where she was joined by her attorney Gloria Allred. Mimi Haleyi, has now been added to the more than 50 women who have accused one of Hollywood’s most powerful men of sexual harassment and assault.

Haleyi was pursing production work and met Weinstein while at the London premiere of The Aviator in 2004. Haleyi later ran into him again at the Cannes Film Festival in 2006. Haleyi said, ”I was planning to spend some time in New York so I asked Harvey if I could help on any of his productions there.” She says he told her, “Why don’t you come and see me at my hotel and we’ll talk about it?”

The Weinstein Co., was setup at Cannes and he was staying at a hotel there. Haleyi went to the hotel and was “escorted up to Harvey’s room by an assistant who left.” After a few minutes, she says he asked her to give him a massage. She declined and suggested he contact hotel reception. She added, “He kept asking about massages and so I felt the meeting was going nowhere and I left.” “By that time, I was crying and felt completely humiliated and stupid about having a meeting with him,” She added.

Weinstein got in touch with her again and this time arranged for her to help on one of his New York television show sets. She said, “I didn’t see or speak to him until shooting was over, and emailed him a thank you note.” He said she was welcome back next season and suggested they meet in New York City’s Mercer Hotel lobby for a chat, where she says he was a “complete gentlemen and completely charming.”

When seeing him days later at TWC’s Tribeca offices she was able to have a “normal conversation” with him. He wanted to fly her private and put her up at the Ritz Carlton asking her to accompany him to Paris. Since it seemed like a trip of a “romantic nature” she declined but he “didn’t like that answer.” He continued to call her and showed up to her East Village apartment twice in one day, she said, “forcing” himself into her apartment with another Paris invite.

She said, ”I finally said, ‘I’m not coming to Paris with you and I hear you have a terrible reputation with women.’” “That’s when he backed off.” She hoped to continue a professional relationship, but felt she made it clear that she wasn’t interested in anything beyond that. She also clarified about his reputation, ”Whenever you mention Harvey’s name to anyone in the industry, you’d often be met with eyerolls. But there was no indication he was doing anything criminal or that he was actually forcing himself on anyone.”

She continued to say that Weinstein got in touch with her again upon returning from Paris and invited her to his home in SoHo. She agreed to “maintain a relationship.” He sent a car to get her, which had a copy of the New York Post with him on the cover, a photo of Weinstein and then-girlfriend Georgina Chapman in Paris. Haleyi said, “I wonder if it had been strategically placed there.” Haleyi was escorted up to his apartment and it was not long before he was “all over me making sexual advances.” She continued, “I told him ‘no, no no,’ but he insisted.”

Haleyi says she then told him she was on her period and that there was “no way” anything was going to happen. She recalls saying, ”Please stop.” She said, ”he wouldn’t take no for an answer and backed me into a room which was not lit, but looked like a kid’s bedroom with drawings on the walls.” “He held me down on the bed, I tried to get him off of me but it was impossible. He was extremely persistent and physically overpowering.”

Haleyi continued to recall the horrific incident, “He then orally forced himself on me while I was on my period. He even pulled my tampon out. I was in disbelief. I would not have wanted anyone to do that with me even if the person had been a romantic partner.”

She added with tears, “I remember Harvey after rolling onto his back afterwards saying, ‘Don’t you think we are so much closer to each other now?’ To which I replied, ‘No.'”

Haleyi, who is no longer in the entertainment industry, has not gone to police because the incident may not be within the statue of limitations. However, this new information ”may be relevant information to have as Weinstein is investigated.” Allred added, “They may or may not be interested in calling others as witnesses if he is charged with any crime or crimes, which he has not yet been.”

Tuesday’s allegation has been described as a “new low” for Weinstein by Allred. Weinstein has been accused of sexual harassment and assault, including multiple allegations of rape, ever since reports in both The New York Times and The New Yorker first exposed his alleged years of misconduct and predatory behavior earlier this month.

So many actresses are coming forward now about Weinstein’s behavior is it even worth mentioning their names? The questions we SHOULD be asking are… Are they sharing their stories in hopes to piggy-back off the publicity of this case? Are they seeking more recognition and fame now that the secret is out? Or are they trying to clear their names and “ACT” as if they care about the well-being of other women when they really kept this man’s secret for generations?!

None-the-less, allegations of nonconsensual sex and any acts of retaliation against women for refusing his advances have been denied by Weinstein. He has yet to comment on Tuesday’s claim.