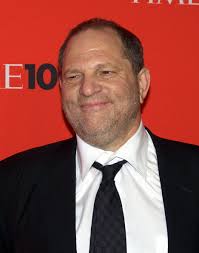 Four days after the New York Times published an explosive report outlining Harvey Weinstein’s alleged history of sexual misconduct with women in Hollywood, Meryl Streep released a lengthy statement to HuffPost confirming the allegations regarding sexual harassment on his part. Other women effected by Weinstein’s lust-filled behavior include major names like Ashley Judd and Rose McGowan.

Streep’s statement read, ”The disgraceful news about Harvey Weinstein has appalled those of us whose work he championed, and those whose good and worthy causes he supported. The intrepid women who raised their voices to expose this abuse are our heroes.”

“One thing can be clarified,” Streep said, when it comes to the claims, which were widely understood to be a known secret in the industry: “Not everybody knew.” Steep went on to say, “Harvey supported the work fiercely, was exasperating but respectful with me in our working relationship, and with many others with whom he worked professionally. I didn’t know about these other offenses: I did not know about his financial settlements with actresses and colleagues; I did not know about his having meetings in his hotel room, his bathroom, or other inappropriate, coercive acts. And If everybody knew, I don’t believe that all the investigative reporters in the entertainment and the hard news media would have neglected for decades to write about it.”

“The Iron Lady,” won Streep her most recent Academy Award, as well as “August: Osage County,” which also earned her an Oscar nomination. Streep and Weinstein worked together on multiple projects through the years, and somehow Streep claims she was unaware of this mega-producer’s behavior? How can one work so closely with another on multiple projects and never be made aware of such behavior?

Oddly enough Streep goes on to say, ”The behavior is inexcusable, but the abuse of power familiar,” she concluded. “Each brave voice that is raised, heard and credited by our watchdog media will ultimately change the game.”

Apparently, other actors or big time players in the entertainment industry were aware of Weinstein’s lack of discipline and deviant sexual behavior but never said or did anything about it. This weekend, Lorne Michaels allegedly cut several jokes about Weinstein from “Saturday Night Live,” while many of the late-night hosts have yet to address the controversy.

Either way, this behavior has gone on for years even decades and no one did or said anything about it till now. The question that still remains unanswered is… why?