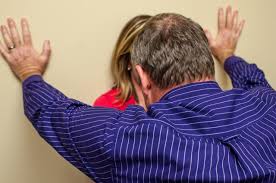 83% of girls and 60% of boys experienced sexual harassment in their schools according to the American Association of University Women Foundation. These stats cannot account for the numerous unreported cases of sexual harassment that go on every day.

Some cases start out in the form of uncomfortable questions, comments or scenarios. While other cases can be harmless invitations to socialize outside of the work environment. The less obvious cases include inappropriate touching. If not dealt with it can spiral out of control and become a great source of stress, anxiety, depression, emotional pain and even job loss. Victim-blaming, self-blame, self-hatred, and hatred of those in authority then plague the lives of many victims.

Fear of judgement, shame, retaliation, including victims losing their jobs are the most common reasons for not reporting sexual harassment. Even though the EEOC protects against retaliation, unpaid interns, freelancers, contract workers, and people at businesses with fewer than 15 employees are not protected. Harassment thrives in our culture that tells victims and women that they have done something wrong to receive this unwanted attention or that they’re overreacting to something normal. The perpetrator should always be at fault one hundred percent of the time no matter what the victim did or didn’t do. Each man and each women must be held accountable for their actions no matter who they are or what their position is. This would be the correct response. It would encourage men and women to think twice before sharing explicit sexual comments or actions in the presence of another human being at work or any where else in the world.