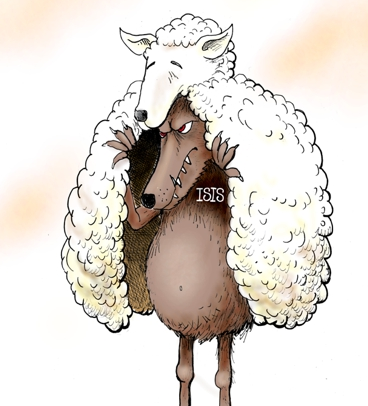 Islamic State has taken credit for the murders of at least 59 people in Las Vegas on Oct. 1 by gunman Stephen Paddock at the Jason Aldean concert. Initially, the FBI has said so far it has not found any evidence to validate the claim.

So, either Islamic State really connected with Paddock and inspired his cold-blooded massacre, or the group really wants us to think they did. Both possibilities are terrifying in their own right. Why?

Either, Islamic State is now successfully recruiting Americans with no background to speak of pertaining to Islam the religion or national origins from the Middle East, North Africa or Pacific Asia. Or, that is what the group is trying to achieve and are now attempting to inspire other Americans to join the ranks of radical Islam — or to commit attacks allied in the same cause.

Either way, Islamic State has been clear that it wants attacks by those who do not necessarily fit the profile to obfuscate where the threat is coming from.

Overall, one cannot help but see parallels in Las Vegas to the Manchester Arena bombing by Islamic State in May at the Ariana Grande concert that killed 22. Attacking large public events like concerts is absolutely the modus operandi of the terrorist group.

When the enemy speaks, perhaps we should listen.

For example, it appears the shooter may have been utilizing lyrics from the Robbie Williams song, “Me and My Monkey,” portraying an old Western-style shootout, which includes lyrics “with a dream and a gun” and “We made tracks to the Mandalay Bay Hotel… We got the elevator, I hit the 33rd floor.” Paddock had staged his attack from the 32nd floor of the Mandalay Bay Hotel.

The song’s lyrics reference Billy the Kid, Butch Cassidy and the Sundance Kid and Kurt Cobain, all who met their ends by gunfire, just as Paddock did in the end. The protagonist in the song is meeting his end by going out in a blaze. The refrain reads, “Me and monkey, With a dream and a gun, Hoping my monkey, Don’t point that gun at anyone, Me and monkey, Like Butch and the Sundance Kid, Trying to understand, Why he did what he did, Why he did what he did.”

Was Paddock inspired by the song?

Maybe not. Prominently, Robbie Williams performed at the Manchester Etihad Stadium concert on June 2 just days after the Manchester Arena bombing. At the concert, he shouted, “We are Manchester and we are not f—ing scared!”

Of course, these could all just be coincidences. Was utilizing the lyrics of the song some sort of a message from Islamic State to Williams? Considering the savagery and cruelty of this attack, as facts emerge, law enforcement should pursue all possible leads.

Attacking concerts is something Islamic State has very prominently done in the past. They want you to be afraid to walk into an arena or stadium.

The fact that it was an American who the terror group says converted to Islam should not be lightly discounted. This would not be the first time. The case of Johnny Walker Lindh comes to mind, who was captured on the battlefield in Afghanistan in Nov. 2001 as a Taliban combatant.

If Islamic State is taking credit for this terrorist attack, then whatever potential links there are should be fully investigated by the Justice Department and local law enforcement. Paddock may have had accomplices, after all, who are still at large.

Again, if the enemy speaks, we should listen.

In the meantime, for Americans trying to understand what happened in Las Vegas, they should wait for facts from law enforcement and not overreact to what has happened. It may be that the terrorist massacre was senseless in every sense of the word. Or Islamic State may have been behind it after all.