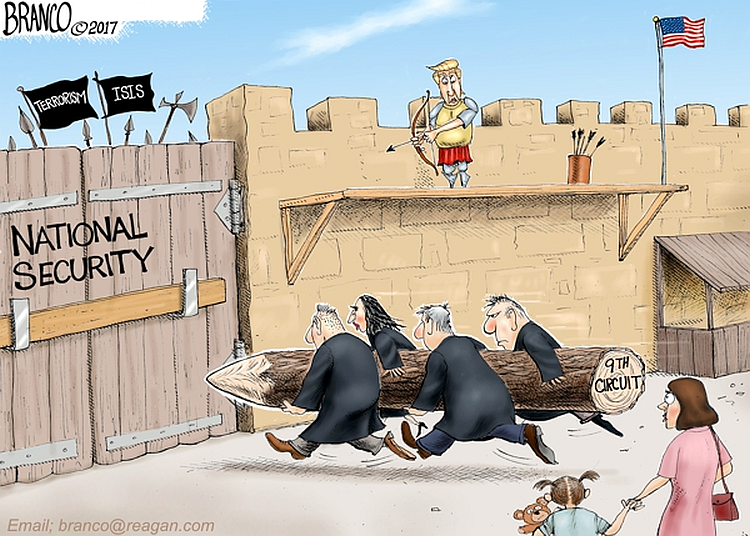 President Donald Trump’s travel ban has been an issue of contention for his entire presidency. Since he announced his plan to limit travel to several countries with known relationships with terrorist organizations, the left has been quick to call this a “Muslim ban” while the right has defended the needed for increased vetting procedure. Now, the travel ban has been revised once again by the White House; altering the countries affected and, likely, the scope of the case which the Supreme Court is preparing to see regarding the ban.

The original executive order was entitled, “Protecting the Nation from Foreign Terrorist Entry into the United States” halting the entry of additional immigrants and refugees from seven countries that are known terror hotspots including Iran, Iraq, Syria, Sudan, Somalia, Libya, and Yemen. From its origin this was a growing executive order, it placed an immediate hold on all visas from those countries and established time goals for agencies to generate standards for vetting asylum seekers.

The executive order instructs the Secretary of Homeland Security to create a list of countries that “do not provide adequate information” to adjudicate visas proving “that the individual seeking the benefit is who the individual claims to be and is not a security or public safety threat.” Proving that people are not a security threat is a basic request for the President to make to his DHS.

But even this is non-unique since the President is well within his constitutional authority to conduct foreign relations as well as statutory authority granted by Congress to impose travel bans. Currently, there are 16 Presidential travel bans in effect.

Nonetheless, judges in the Ninth District Court ruled against the ban. The court used Trump’s campaign statements and tweets to conclude Trump was unfairly targeting Muslim countries and violating the First Amendment right to immigrate to the U.S.- a First Amendment right that somehow never even existed until the courts ruled in 2017.

The Supreme Court agreed to take up the case and in the meantime, the court granted a stay on the lower courts injunction’s against the travel ban, allowing it to take effect, with limited exceptions for individuals with close familial relationships, individuals on student visas, and individuals on employment visas.

Now, Trump has revised the travel ban again. This time Sudan and Iraq are removed, with North Korea, Chad, and Venezuela being added.

Iraq was removed following recent efforts to enhance its travel documentation procedure. While the left attempted to paint Trump as anti-Muslim, his removal of Iraq proved that when countries cooperate with U.S. security needs, they are rewarded.

But this has perplexed groups wondering why Chad was added to the list.

As Foreign Policy of Sept. 25 explains, “The bans on Venezuela and North Korea are less jarring because of the heightened diplomatic tensions and already-existing sanctions on the two nations. But experts are befuddled by the decision to include Chad, one of America’s closest counter-terrorism partners in Africa… It houses the headquarters and provides troops for the multinational task force fighting the terrorist group Boko Haram. Additionally, Chad houses the headquarters for the French counterterrorism mission in the region and is a member of the Trans-Sahara Counterterrorism Partnership, a U.S.-led project that aims to address “terrorist threats and prevent the spread of violent extremism” in the region.”

While North Korea and Venezuela pose more obvious security threats, President Trump claims, “Chad does not adequately share public-safety and terrorism-related information and fails to satisfy at least one key risk criterion.  Additionally, several terrorist groups are active within Chad or in the surrounding region, including elements of Boko Haram, ISIS-West Africa, and al-Qa’ida in the Islamic Maghreb.”

This move has many supporters skeptical. Americans for Limited Government President Rick Manning notes, “As a country that has historically cooperated with the U.S. on a wide range of issues, Chad should not be on this list. Whatever holes might exist in their system should be worked through rapidly to renormalize our relationships.”

This will clearly redefined the Supreme Court case brought against Trump considering the original case revolved around his statements regarding Muslims; North Korea and Venezuela are both not Muslim majority countries.

The Supreme Court will hear arguments on October 10th to determine the discriminatory nature of the travel ban. Without a doubt, the questions of Trump’s intentions for each country will be answered, until then many on both sides of the aisle will be anxiously waiting the future of this controversial law.