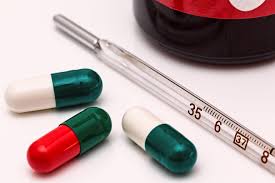 This week $200 million in new initiatives to target the opioid crisis, will be announced by Governor Chris Christie. This move is primarily designed to overhaul addiction services, as he makes a final push on the issue.

The funding will be targeted toward the uninsured, individuals on Medicaid, babies born with addiction and their mothers. The money will come out of the budgets of eight state departments, explained Christie during a 90-minute interview with NJ Advance Media on Friday.

Christie hopes the initiative will significantly improve the way New Jersey approaches substance abuse treatment and prevention. More care should be given toward sustained sobriety and this will put more emphasis on that. Through incentive-based programs that reward providers who focus on long-term sobriety they will standardize data collection and build seamless channels for holistic care for addicts.

Christie states, ”It’s changing the way we do this stuff to evidence-based treatment. You say your methods are great, every treatment center out there says they’ve got the right way to handle it. Well, prove it.” This coming week Christie said he plans to announce the programs in a series of events. NJ Advance Media estimates that more then 2,000 people were killed in NJ in 2016 alone. The initiative is likely the capstone in what has been an aggressive push by the governor to address the opioid crisis in New Jersey.

During his second term, Christie has directed hundreds of millions of dollars toward prevention, treatment and recovery initiatives. He said he instructed his staff to look for loose ends that could be tied up before he leaves office in January. Christie said, “I said I don’t want you to worry about money, and I want you to come back to me with a wish list. It’s probably about $200 million worth of spending, but it’s stuff that needs to be done.”

Among the more than two-dozen plans included in the new initiative:

•The Division of Mental Health and Addiction Services will use $36 million to provide housing and support for adults with substance abuse disorders.

•About $40 million will go toward establishing an incentive-based treatment program for those without insurance or on Medicaid.

•The recovery coach program, which pairs recovering addicts with recent overdose survivors, will be expanded to every county in New Jersey for $21 million.

Christie who chairs the opioid commission empaneled by President Donald Trump would like his work in New Jersey to become a national model. He also expects its final report to be issued in the coming months.

Many of the proposals in the panel’s interim report, issued in late July, mirror his efforts in New Jersey. Christie acknowledged others, like Attorney General Jeff Sessions, disagree with his approach to substance abuse. Christie also expects Trump to support and enact much of what’s put forth by his panel, but as Christie says, “He’s got a number of different voices in his ear, I’m just going to make sure mine’s the loudest. I’m usually pretty good at that.”

What would open a direct door to federal assistance on the opioid crisis is when the necessary work gets done. While president Trump is in New Jersey this weekend, Christie spoke to him as recently as Wednesday on the issue, and plans to again this weekend.

Christie said, “I think the president is where we need him to be and is going to be strong on this, but it’s taking a little time.” Christie said he hopes to soon get New Jersey a waiver from the Medicaid provision barring the federal health program from covering inpatient treatment at most facilities. Christie said, “Once we get the waiver, I’ll be very public about it.  And I think there will be lots of other governors who, if they haven’t applied for the waiver already, will. That will open up, literally, tens of thousands of beds across the country.”

Elimination of the provision, known as the Institutes for Mental Disease Exclusion, which bars treatment facilities with more than 17 beds from receiving federal support, would undoubtedly be a costly move at a time when Trump and Republicans are trying to decrease healthcare spending.

But it’s a cost worth bearing states, Christie. “The deaths are going to be about 64,000, in 2016 (nationally).” Christie said. “Every three weeks we have a 9/11 due to drug overdoses in this country.