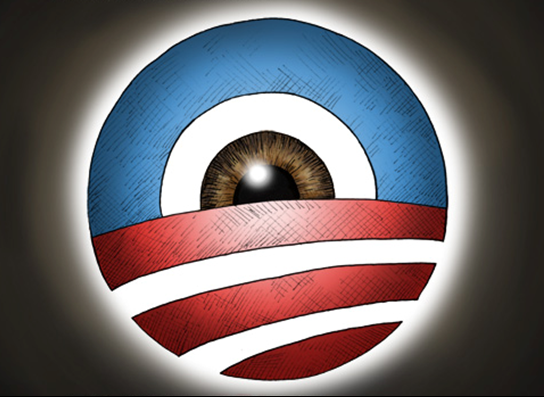 A Foreign Intelligence Surveillance Act (FISA) court warrant was obtained against former Trump campaign manager and chairman Paul Manafort at a time when he had an apartment at Trump Tower and was either actively working on the campaign or still in contact with the campaign, according to the Sept. 19 CNN report.

As a result, it turns out the FBI under former President Barack Obama, Attorney General Loretta Lynch and FBI Director James Comey really were spying on the presidential campaign of Donald Trump in 2016, and that Trump was technically right when he tweeted in March, “Terrible! Just found out that Obama had my ‘wires tapped’ in Trump Tower just before the victory. Nothing found. This is McCarthyism!”

How do we know Trump was right?

Because, as noted by the American Bar Association, under Presidential Policy Directive 28, issued by Obama in Jan. 2014, any U.S. person under government surveillance, their contacts, and their contacts of contacts are also swept up: “queries, which begin with an original number or ‘seed,’ may extend two tiers of contacts or ‘hops’ further, thus taking in all of the seed’s contacts (hop one) and all contacts of the seed’s contacts (hop two); and that further queries of the resulting information do not need to be supported by any reasonable articulable suspicion.”

Contacts of contacts. Believe it or not, this was actually a limitation from prior policy, which had allowed up to three “hops” from the original target. Then, once those contacts are queried, per former NSA Director Keith Alexander, testifying before the Senate Appropriations Committee on June 12, 2013, “if you want to get the content, you’d have to get a court order” in response to a question from Sen. Dianne Feinstein (D-Calif.) about getting to the content of phone calls or other communications the government had collected metadata on, implying everything is pre-recorded and saved.

Then there’s the “abouts” communications, revealed by a declassified FISA court document published by Circa.com, where if somebody mentions a FISA target, that communication can be targeted, too. This would have given agencies apparent access to anyone in the Trump campaign (or anywhere else for that matter) who was talking about Manafort.

The federal government under Attorney General Jeff Sessions has since applied to the FISA Court to change those minimization rules on March 30, which the court granted on April 26. Two days later, on April 28, the National Security Agency issued a statement that it “will no longer collect certain internet communications that merely mention a foreign intelligence target.” But not before they were used by the Obama administration.

So to summarize: Under the constitutionally dubious FISA warrant, if it was directed at Manafort directly, the FBI had access to everyone who Manafort was in contact with, and everyone who Manafort’s contacts were in contact with and potentially the content of those communications and anyone who mentioned Manafort. That would have included almost the entire campaign’s top brass, including Trump himself. How could it not?

As former FBI Director James Comey himself noted in his May testimony, “When the FBI develops reason to believe an American has been targeted for recruitment by a foreign power or is covertly acting as an agent of the foreign power, the FBI will ‘open an investigation’ on that American and use legal authorities to try to learn more about the nature of any relationship with the foreign power so it can be disrupted.” So, the FBI suspected Manafort was acting as a foreign agent, in this case Russia, and so cast a wide net of surveillance to “learn more about the nature of [the] relationship,” ensnaring the Trump campaign in the process.

“It is unclear when the new warrant started,” per CNN, meaning it is not known if the surveillance occurred was while Manafort was still the campaign manager, chairman or after he left the campaign in Aug. 2016.

But as the Wall Street Journal editorial board noted on Sept. 20, “The story suggests the monitoring started in the summer or fall, and extended into early this year. While Mr. Manafort resigned from the campaign in August, he continued to speak with Candidate Trump. It is thus highly likely that the FBI was listening to the political and election-related conversations of a leading contender for the White House. That’s extraordinary — and worrisome.”

The surveillance comes atop a FISA application that was directed at one-time Trump campaign adviser Carter Page in the summer of 2016, reported by the Washington Post in April. Another FISA warrant had been reported by Circa.com to have been granted in October 2016.

It is unclear if all the FISA warrants were rolled into one or were separate, or how many others there might be or have been directed into Trump’s orbit, since the court and its work remains classified.

But it is clear as day the nation’s intelligence agencies were spying on the opposition political party during an election year.

That’s bad enough. But it appears the allegations originated from the dubious Christopher Steele dossier, which implicated Manafort as being at the center of the conspiracy, which began publishing in June 2016, that eventually alleged the Trump campaign had colluded with Russia to put the Democratic National Committee emails on Wikileaks. The memos were originally paid for by GOP and then Democrat political donors.

The dossier had numerous problems, for example, placing Trump Organization lawyer Michael Cohen in Prague for a meeting with Russian officials in August 2016 — supposedly dealing with the fallout from the Wikileaks and Trump-Russia collusion — that could have never happened because he was never in Prague and was in California at the time. If the meeting couldn’t have happened, then neither could the contents of the conversations that supposedly happened there.

At some point, the FBI apparently offered to commission Steele to continue his Russia, Trump reporting, according to a Feb. 28 report from the Washington Post. In a March 6 letter from Senate Judiciary Committee Chairman Chuck Grassley (R-Iowa) to FBI director James Comey, Grassley blasted the agency. “The idea that the FBI and associates of the Clinton campaign would pay Mr. Steele to investigate the Republican nominee for President in the run-up to the election raises further questions about the FBI’s independence from politics, as well as the Obama administration’s use of law enforcement and intelligence agencies for political ends,” wrote Grassley.

Comey testified in May that the dossier was “salacious and unverified,” implying mightily that the agency had not depended on it to launch its investigation into all things Russia. Instead, it was provided, said Comey, to alert Trump of its existence and just in case the content really was an attempt to blackmail Trump: “The IC leadership thought it important, for a variety of reasons, to alert the incoming President to the existence of this material, even though it was salacious and unverified.  Among those reasons were: (1) we knew the media was about to publicly report the material and we believed the IC should not keep knowledge of the material and its imminent release from the President-Elect; and (2) to the extent there was some effort to compromise an incoming President, we could blunt any such effort with a defensive briefing.”

NBC News’ Cynthia McFadden reported in January that the reason it had been included in the year-end briefing to outgoing President Barack Obama and then-President-Elect Trump was “they felt they needed to explain to the President-elect the difference between vetted intelligence … and this raw kind of disinformation that’s out there, they had it available.”

After Buzzfeed published the memos, there was almost instantly an effort underway to downplay its significance in the government’s investigation. The official story about the Steele dossier was that it was “salacious and unverified” and a “raw kind of disinformation,” yet it has all the appearance of having been the very basis of the investigation into the supposed collusion between the Trump campaign and Russia.

Particularly, considering the timing of the Manafort FISA warrant. Steele started publishing in June 2016. By July 2016 he thought he had cracked the case on the Wikileaks-Trump-Russia nexus and in August 2016 he shared his information with the FBI, according to a Vanity Fair exposé on Steele published in March. Then, according to Vanity Fair, he began speaking with reporters, including Mother Jones’ David Corn in an apparent effort to get the information into the public domain in the days before the election. That story published Oct. 31, and apparently worked. By Nov. 1, NBC News broke the news that Manafort was under FBI investigation.

The witch hunt was on. And Steele’s material may have been at the very center.

As noted by the Wall Street Journal editorial board, “Mr. Steele was familiar to the FBI, had reached out to the agency about his work, and had even arranged a deal in 2016 to get paid by the FBI to continue his research. The FISA court sets a high bar for warrants on U.S. citizens, and presumably even higher for wiretapping a presidential campaign. Did Mr. Comey’s FBI marshal the Steele dossier to persuade the court?”

At the end of the day, if the nation’s intelligence agencies and the FBI are going to call the legitimacy of the presidential election of 2016 into doubt, and indeed attempt to challenge the duly elected president’s position and impugn he and his campaign as the work of Russia, then the American people have a right to know if it was all originally based on a lie, this bogus dossier funded by Trump’s political opponents.

The stakes could not be higher. If political campaigns only need to hire former spooks to generate false intelligence reports on their opponents, and then it results in national security investigations by the FBI, mass surveillance, special prosecutors and who knows what’s next, the republic is in a very dark place.

Correction: Keith Alexander testified to the Senate Appropriations Committee on June 12, 2013, not the Senate Intelligence Committee.