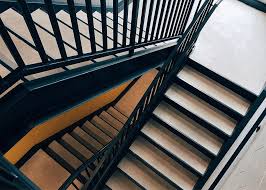 A Brooklyn court officer has been indicted for official misconduct and other charges for allegedly coercing a woman to perform a sex act on him in a public stairwell while she was waiting in Criminal Court, states Acting Brooklyn District Attorney Eric Gonzalez. The victim believed that her boyfriends case would be adversely impacted if she didn’t comply. She also believed that the defendant would help her boyfriends case if she did comply.

“What this defendant – a public servant – allegedly did was a disgrace to his fellow court officers who day in and day out serve the public with respect and work hard to keep our courthouses safe. He allegedly abused his authority to exploit a young woman who needed assistance in order to gratify himself. Such conduct will not be tolerated and we will now seek to hold him accountable for this despicable act,” said Acting District Attorney Gonzalez

The defendant has been identified as Sergeant Timothy Nolan, 58, of Lake Grove, NY, by The Acting District Attorney. Today he was charged with official misconduct, second-degree coercion, public lewdness and exposure of a person, before the Brooklyn Supreme Court Justice Danny Chun. He was ordered to return to court on October 4, 2017 and released without bail. If convicted of the top count, the defendant faces up to a year in jail.

On October 21, 2016, the victim – who was 25-years-old at the time – was in Brooklyn Criminal Court at 120 Schermerhorn Street to bail out her boyfriend. According to the investigation, while she was sitting in the hallway, she was approached by the defendant, who was on duty and in uniform.

The investigation found that the defendant told her to take a walk with him and led her to a public stairwell. He allegedly told her “I got you” and “I will take care of you,” then exposed himself and asked for a sexual act. It is alleged that the victim took the statements to mean that the defendant would help with bailing out her boyfriend if she complied, but would adversely impact his case if she didn’t.

The defendant allegedly fondled the victim and grabbed her by the hair, and attempted to kiss her as she performed a sex act on him.