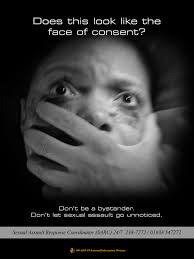 Today, a 31-year-old man was sentenced to 10 years in prison for attempting to rape a woman who was walking on a sidewalk in Williamsburg said Brooklyn District Attorney Eric Gonzalez. Another man and his stepson were exiting their car at the same time the attempted rape was taking place. They saw the man on top of the woman and came to her rescue.

“I commend the men who thwarted this horrific attack and helped the police catch this violent defendant. He’s a dangerous person who has now been held accountable for his actions and removed from the streets of Brooklyn” said, Acting District Attorney Gonzalez.

The defendant was identified by the Acting District Attorney as Todd Deas, 31, of Porter Street, Brooklyn. Today he appeared before Brooklyn Supreme Court Justice Dena Douglas and was sentenced to 10 years in prison and 15 years’ post-release supervision. Todd Deas pleaded guilty to first-degree attempted rape on July 18, 2017.

On October 18, 2016, at approximately 12:25 a.m., in the vicinity of White and McKibben Street, according to investigation, the defendant followed a 27-year-old woman as she was walking along McKibben Street. He was trying to talk to her. The victim attempted to walk away from him while at the same time ignoring him but he grabbed her arm. The next thing the victim remembered was waking up in the ambulance.

Two men had just parked their car and when they heard a disturbance. One male was 28 years-old and the other was his 46-year-old stepfather. They saw the defendant repeatedly slamming the woman’s body onto the ground while on top of her. When the men approached, the defendant stood up, tightened his pants and walked away. The older man stayed with the woman, whose pantyhose and underwear had been ripped off of one leg.

The 28 year-old man called 911 while pursuing the defendant on foot. He then flagged down a passing patrol car and canvassed the area with police. With the assistance of these two men the defendant was apprehended on Harrison Place.

The woman had been strangled by the defendant, which left her in and our of consciousness. A bone fracture resulted in her inner neck and she was badly beaten about the face. Her one eye was swollen shut and the other badly bruised, she also suffered numerous cuts and scratches on her face and neck.