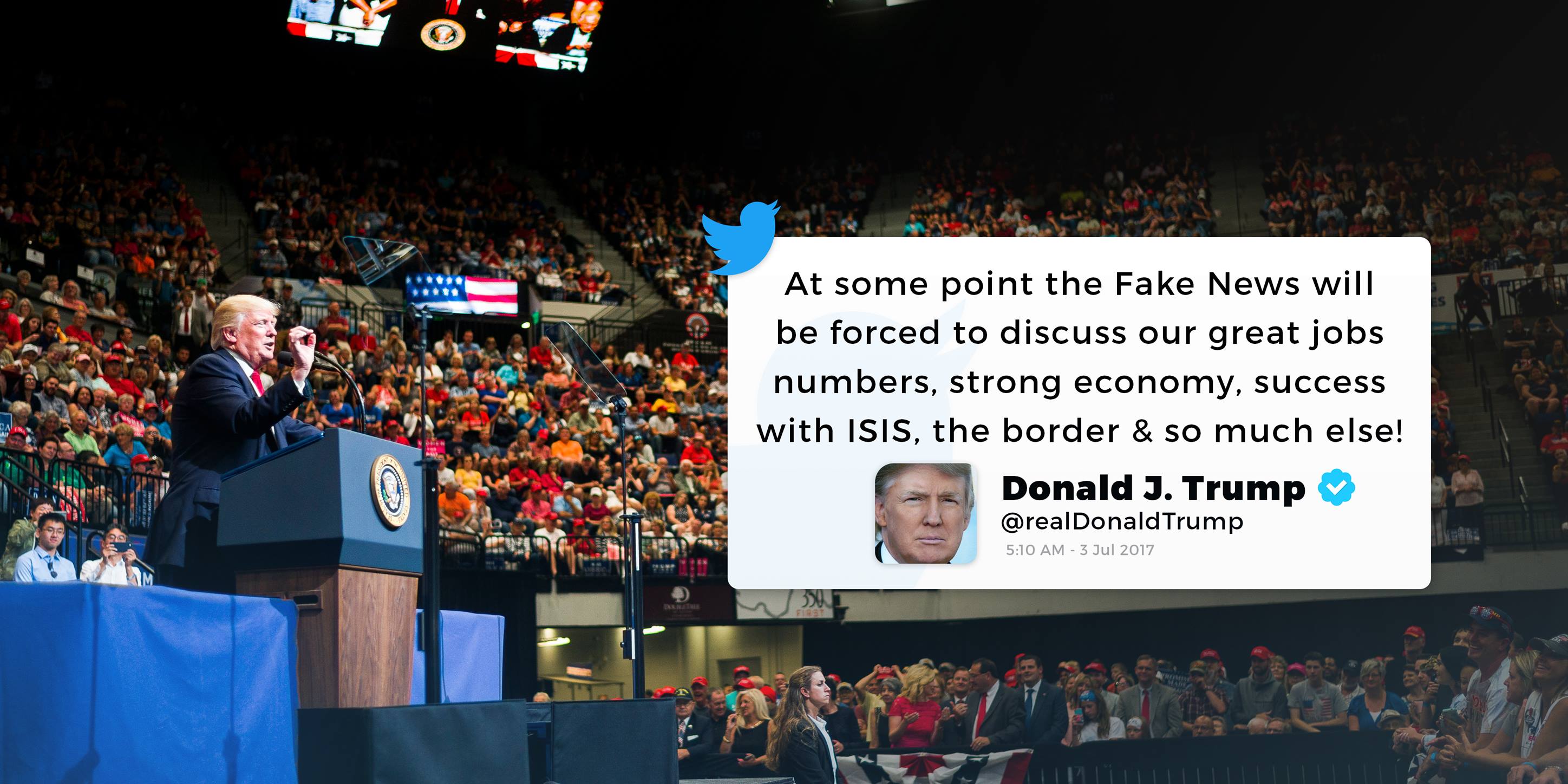 President Donald Trump is taking back the airwaves from the mainstream media and sharing the truth with the American people by launching his own “Real News” show on his personal Facebook page.

After a nauseating amount of negative media and slanderous news coverage about the commander in chief of the United States of America, he is proving to be victorious and brilliantly stealth at casting down his enemies.

The first episode aired on Sunday with over 22 million people who LIKED the show and it has already been viewed over 1.7 million times. Donald Trumps daughter-in-law, Lara Trump is married to his youngest son Eric Trump and is currently hosting the show as a voice of truth for the American people.

The video begins with Lara Trump stating, “I bet you haven’t learned about all the accomplishments the president had this week because there is so much fake news out there.” “We wanted to give you a glimpse into his week.”

In the video we learn that President Trump has donated his salary to the U.S. Department of Education, the unemployment rate, Foxconn’s promise to build its first major American factory in Wisconsin and Trump awarding the first responders in Alexandria, Virginia shooting the Medal of Valor.

It is only two and a half minutes but shares with America what Donald Trump has been doing that mainstream media has not shared with us. The video ends with host Lara Trump saying, “Thanks for joining us everybody, and that is the real news.”

For centuries we have swallowed what the media dishes out to us on a daily basis. The current state of this country reveal that American’s have become numb, depressed, hopeless and shells of who we could be. Is it the food we are eating? Is it negative environmental changes around us? Or is it that we are being programed and pumped with negative stories, situations of hopelessness, and fear in almost everything we hear on television?

The president has remained quiet for too long yet somehow in the stillness he has been preparing a light of hope. Like a fearless soldier who is willing to stand on the front lines of battle and take the hits so that we can be free. He is going before us, he is using his God given voice to reveal the truth to a people who desperately seek relief. No matter what is said or written about him one thing is certain. It is refreshing that one man has finally stood up to the media, to the lies and deceit. And what better person to go before us, to lead his troops into victory, to lead simply by example… then the President of the United States of America.