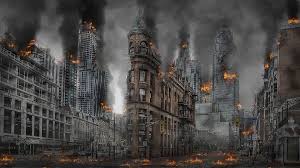 Amid increased scrutiny since his father accepted the position of President of the United States of America “Donald Trump Jr. has become increasingly more miserable.” People magazine reported after citing inside sources.

Trump Jr. “still relishes the quiet of this lifelong loves of hunting and fishing” even though he has garnered the national spotlight. It’s awful that “Trump Jr. can’t do any deals, because he’ll be overly scrutinized. He just goes to work every day and is miserable,” a close source tells People.

Nothing can overshadow the fact that harsh judgement and intense ridicule coming directly from the American people towards Donald J. Trump and his family members is beginning to take a toll on them as human beings. As long as a nation of people refuse to discipline themselves and take responsibility for their own actions and unhappiness they will continue to project that anger onto their president and each other. Sadly as bitterness and entitlement grows more intense it is now being directed toward a man willing to stand up and be president. If Americans continue to allow this unforeseen rage to grow and fester beneath the surface, they will only destroy themselves and ultimately America as a nation.

For a wise man once said, “Judge not, that ye be not judged.” Each individual must take responsibility for their part either now or in a time to come, but justice will always abound to balance the scales of Karma and the energy we spew forth across America and ultimately into the universe. “For with what judgment ye judge, ye shall be judged: and with what measure ye mete, it shall be measured to you again.” (Matthew 7:1-2) Therefore, if any man is bold enough to judge Donald J. Trump and his family members that man must also be bold enough to judge him or her self first.

While individuals make the choice to cultivate hate in their hearts they cannot escape the inevitable fact that there will be blood stains on their hands. If one human negatively attacks the emotional state of another human being and his family members they are KILLING those individuals spiritually and thus causing a spiritual death to come upon themselves as well. Research the definition of the term “KILL.” To KILL means to cause distress or discomfort to; to be the source of great pain for; to tire completely; exhaust; to consume completely: to end or extinguish by forceful means; to cause to cease operating; to deprive of life.

If Trump Jr. cannot do any deals for fear of being overly scrutinized by the American people then he is ceasing to operate at his peak capacity. He is being deprived of life by the American people who appose him and his father as president. People magazine also quotes an insider as saying that Trump Jr. “can’t wait for these four years to be over” even though he, along with other family members, remain fiercely loyal to the president.

Looking forward to the end of a such a great accomplishment as Presidency sounds like Trump Jr. is distressed, discomforted, exhausted and completely deprived of life to it’s fullest. If you finally accomplished a major goal in your life and was distressed and deprived of enjoying the process wouldn’t you feel like you were dying inside? Sound similar to the definition of “KILL?” Character assassination is not very different then physical assassination. In fact, wasn’t there a time when anyone defaming the President of the United States would be fined, jailed or put to death. I believe the term was once called, “treason.”

Where are those laws today? Why are people not being arrested and held accountable for defaming their president? Perhaps times have changed and penalties have lessened, but only for a moment. There will be a time when justice will be served. Let’s hope the repercussions of some people’s actions does not fall squarely on America as a whole, or we will be left writing articles of what was once a great country we called, America.

Nothing can hide, change or blot out the facts written in this article. If we bring distress, discomfort or deprive our fellow man of operating at the utmost of their potential in this life then no matter how much we deny these facts we still stand guilty of KILLING our fellow man in this life and the life to come. We are all connected. If we kill one, we kill one another. Cry, murmur and complain all you want, but open your eyes, we are not victims. We are victors that still play a part in the state and well being of America. If we do not unite, we will fall. The power is in your hands. Can you confidently and honestly answer the question… “Is there blood on your hands?”