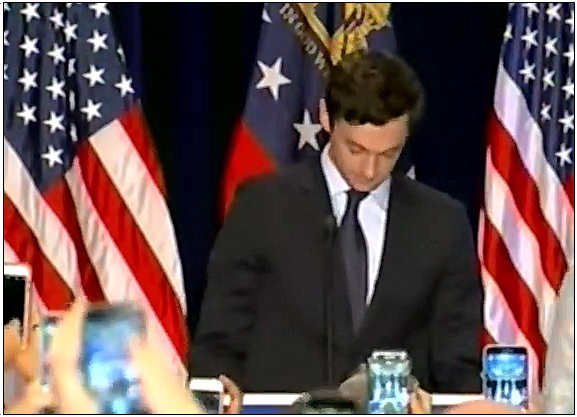 Despite tens of millions of dollars to fuel the Democratic “resistance” of President Donald Trump, Georgia remains in Republican hands. Karen Handel’s win in Georgia’s 6th District indicates that voters are as resolved as they were in November 2016 to see Congress fulfill the Trump agenda. Now, those Congressional Republicans must follow through on their assigned mission to the people, or they are wasting this once in a generation chance to fix the problems in our government with a solid majority.

Democrats were hoping to use the Georgia special election to take over the district, which is just one of 35 held by Republicans that either Trump won by less than four percentage points or voted for Hillary Clinton. The House seat was previously occupied by Tom Price, who is now Secretary of the Department of Health and Human Services. Yet after the most expensive congressional race in history, totaling over $50 million spent between both sides, Republicans proved that Democrats were not the only ones fired up still.

Resistance, in this case, was futile.

Now, Republicans would be remiss if they did not admit the reason Handel handedly won the election: Trump supporters rallied to the polls.

Despite only leading by a quarter of a point that morning, Handel overperformed from the polls, winning by more than 4 points.

Handel has even aligned herself with the policies Trump ran his campaign on.

She was a defender of repeal and replace to Obamacare and she has advocated for lowering tax rates. Trump defended Handel in April as a candidate who is “totally for the NRA and she’s totally for the Second Amendment.”

Democrats have perpetuated the Russia collusion narrative in an attempt to defame Trump’s name, but the policies he advocated for — repealing and replacing Obamacare, cutting taxes, getting better international deals, fixing infrastructure and building the wall — still resonate with Americans across the country, as this special election demonstrated.

Now that the people have made their desires clear, Republicans in Congress must actually follow through on these promises.

As Americans for Limited Government President Rick Manning explained, “The Ryan-McConnell rope a dope strategy where they spend more time on vacation than doing the people’s business will lead to catastrophic results in November of 2018. Speaker Ryan should immediately cancel the August recess and move aggressively forward on the President’s agenda.”

The American people are patiently waiting for the policy they have been promised, but they will not wait for long. Republicans truly have a once in a generation opportunity to enact real change.

Historically, maintaining a majority during midterms is a rarity. Dating back to 1906, White House incumbent parties lose seats in the House 89 percent of the time, with losses averaging 35 seats. The only time in modern history Republicans have gained seats in the House with a Republican in the White House, was in 2002 under George W. Bush.

Speaker of the House Paul Ryan cannot pretend Republicans have room to stall on Trump’s promises, if this election means anything, it is that the American people are demanding that these objectives move forward immediately.

Republicans should not only be focused on not losing, they should also see the potential to expand their majority. Rather than stalling on healthcare, if the Senate actually proved they can get something done with repealing and replacing Obamacare, they could pull support from districts which voted for Trump but still have Democratic Senators.

If Republicans win every one of these states up for reelection in 2018 — Florida, Indiana, Missouri, Montana, West Virginia, Wisconsin, Michigan, Pennsylvania and Ohio — and hold all Republican seats, they would wind up with 61 Senate seats. That would be the first filibuster-proof majority in Republicans have ever had in U.S. history.

Congressional Republicans cannot afford to waver. President Trump won over the American people in 2016, and it was unmistakably Trump supporters that overcame unprecedented funding from the left in the Georgia special election, which was nationalized as a referendum on the President. None of it could prevent Handel from winning.

This now creates the opportunity for Republicans everywhere if they step up to the plate on the Trump agenda. This week the Senate has the chance to prove they can do this with Obamacare repeal and replace. We’ll see if they were listening to voters.