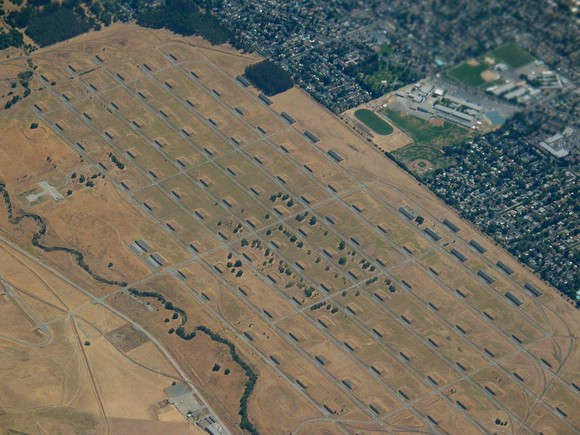 According to the local residents of Sunnyvale, CA strange noises have been heard roaring our of a mysterious Apple facility late at night. The source of the unusual noises have not been identified for some time now because the officials at Apple refuse to comment publicly. Could the sounds be connected to Apple’s newest top-secret project? Multiple Silicon Valley obeservers believe that to be the case.

According to TechInsider, Apple leased this enormous, 5,000-acre, abandoned military base to serve as testing grounds. Does it really require that much room to test an Apple product? Last I checked Apple was all about economizing size and space. Just recently a German newspaper has uncovered evidence of a new super-secret research lab in Berlin.

The company’s R&D budget skyrocketed to over $10 billion so whatever it is, it must be something BIG to cost more then 50 times as much money as Apple sent to develop the original iPhone.