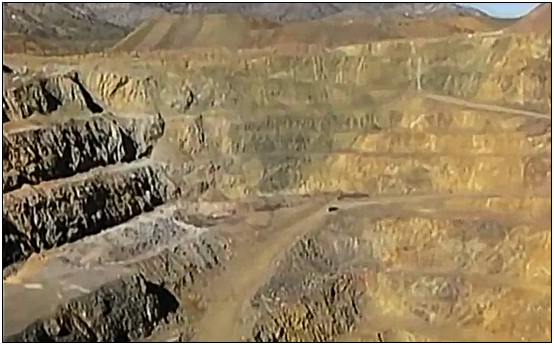 The most important mine nobody knows about closed in August of 2015. Mountain Pass Rare Earth Mine in Mountain Pass, Calif., previously owned by Molycorp, was the only rare Earth element mine left in the U.S. If President Trump wants manufacturing jobs to come back to the U.S., he might consider what can be done with rare Earth elements.

On the periodic table rare Earth elements represent the 15 elements between atomic numbers 57 and 71. Scandium (21) and Yttrium (39) are often included in the rare Earth element count, because they share similar properties and often occur with the other 15. Rare Earth elements have unusual physical and chemical properties. Because of those properties, they have a multitude of applications. Lanthanum makes up almost 50 percent of digital camera lenses, this includes cell phone cameras.

Many states want to include “green” in their energy consumption. New York Governor Andrew Cuomo (D-N.Y.) just announced his support for a project to put the nation’s largest wind farm off the coast of Long Island. According to the Bulletin of Atomic Sciences and the Massachusetts Institute of Technology each wind turbine has over 700 pounds of rare Earth elements.

Many reporters have recently reported that the Chinese domination in the rare Earth element market is coming to an end. Reason columnist Ronald Bailey gloated about the falling prices in rare Earth elements in 2016 and predicted a collapse of China’s dominance in that market. Shortly after the article, the aforementioned U.S. mine closed. Although other countries are now entering this market, China still dominates. In 2016, Chinese rare Earth element mine production was up to 105,000 metric tons, over 80 percent of world market share, according to data compiled by Rare Earth investing news. Australia was second with only 14,000 metric tons.

The laws of economics do not work when one side is willing to take a small loss. The global market for Rare Earth elements is only valued at about $5 billion according to Roskill, an international metals and research firm. That $5 billion market is responsible for the $428 billion smart phone market. The $5 billion market plays a large part in the $445 billion computer market. The estimated global market value of products dependent on rare Earth elements is valued at over $7 trillion. Much of that being manufactured in China, and employing hundreds of thousands of workers. China will have no problem losing $5 billion a year to keep and expand its manufacturing base by incentivizing companies to build their rare Earth products in China.

When U.S. military forces go into battle, it with the most advanced weapons systems on the planet. If the systems do not work properly, it puts lives at greater danger than they already are. The technologies, like the personnel, must endure austere conditions to accomplish the mission. Rare Earth elements ensure the mission can be accomplished.

The most common use for Rare Earth elements is in magnets. Two magnets used extensively in military technologies are samarium cobalt (SmCo), and neodymium iron boron (NdFeB). These are extremely strong magnets. The NdFeB magnet is considered the world’s strongest permanent magnet. This allows a small magnet to be used instead of a larger device and aides in the miniaturization of technology.  SmCo magnets are used for high temperature applications where stability over a wide range of temperatures is important. Think airplanes.

Care to guess how China could get advanced schematics of the F-35 fighter jet? There are hundreds of pounds of parts with rare Earth elements in them. Would it be easier to launch a sophisticated computer hacking operation, or simply walk over to the factory that is producing parts for the jet and have a look? The most sophisticated and expensive weapons system ever produced is literally “Made in China”.

Smart bombs have accounted for 99.5 percent of the strikes against the Islamic State. The strikes are occurring in populated areas and precision weapons must be used to avoid civilian casualties. The munitions are expensive and highly advanced. The munitions also use rare Earth elements. Recently the military has indicated a shortage of these munitions. Is the U.S. military supposed to ask China for permission to carry out an action?

At least someone in Congress is looking at the problem. Rep. Duncan Hunter (R-Calif.), introduced H.R. 1407, the Materials Essential To American Leadership and Security Act, or METALS Act. The bill would establish the Strategic Materials Investment Fund, from which new mines can open, and old mines can reopen. Due to the time it takes to start a mine up, the loans are interest free for five years. The legislation also does not allow companies owned by Russia or China to open mines here in the U.S. and use the fund. Those opposed to the bill will say it is not free market enough, and they may be right, but China is not playing by the rules either. This is an economic and national security matter. Something must be done.

Fixing the rare Earth element shortage problem would be the quickest way for President Trump to bring back manufacturing jobs to the U.S. As stated above, right now $7 trillion in goods cannot be manufactured in the U.S.
China uses its monopoly as a weapon to force manufacturers to relocate or to stay in China. While there, China steals the intellectual property of the companies it forced to relocate. This is a problem few know about, but everyone is connected to. President Trump can press for Hunter’s bill and help ease the Environmental Protection Agency requirements to start a project. And if he wants to get America manufacturing again, he should start immediately.