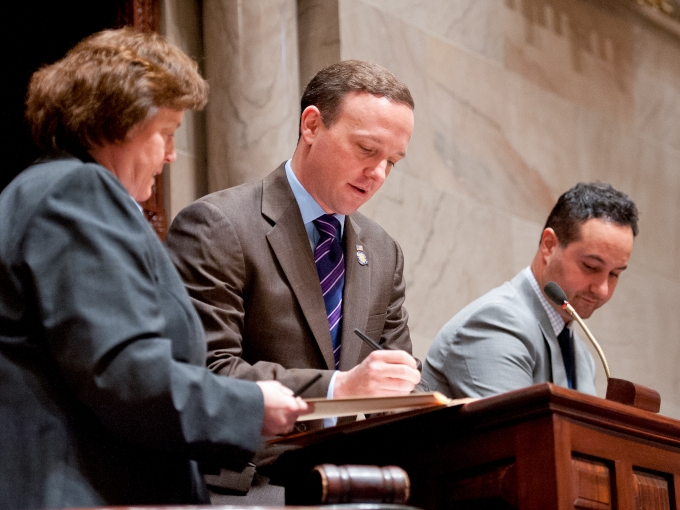 On March 2, The New York State Senate passed two bills to protect New Yorkers from terrorist and criminal activities. These bills were sponsored by Senator Thomas Croci (R, Sayville) and are meant to create new crimes for cyberterrorism and strengthen the state’s existing laws against soliciting or providing support for an act of terrorism.

“These measures protect our pocketbooks and our critical infrastructure, including our power grid, public water systems, and our businesses, from cyber crime,” said Senator Tom Croci, Chairman of the Veterans, Homeland Security, and Military Affairs Committee. “I’d like to sincerely thank my colleagues on both sides of the aisle for their bi-partisan support. The time is now for the Assembly and the Governor to pass this legislation and put the protection of New York and its citizens first.”

Due to New York being a major center for international business and commerce, the state is particularly at risk for terrorist activity. This being said, both bills aim to protects against widespread financial harm and increases criminal penalties for
soliciting or providing support for an act of terrorism. This measure specifically targets money laundering and credit
card fraud, which are large sources of funding for terrorist organizations.