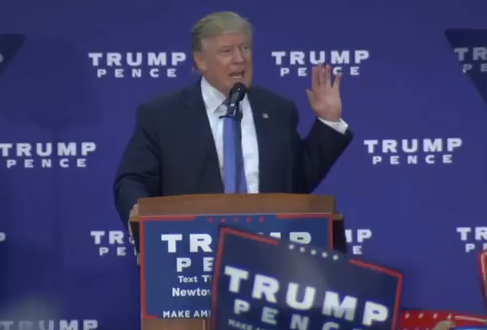 In fiscal year 2016 the U.S. National debt rose $1.4 trillion to almost $20 trillion, a drag on the economy that has undermined sustainable economic growth for more than a decade now. Now, President-elect Donald Trump has an historic opportunity to make drastic moves to revitalize the economy and solve this debt dilemma.

This $1.4 trillion debt increase does not even begin to tell the whole story. In fiscal year 2016, the U.S. Treasury reported the U.S. deficit only reached just over $587 billion dollars. The $832 billion discrepancy between the debt and deficit occurs because of off-budget liabilities being occurred via government loan accounts including student, small business and other federal loans, other transactions affecting public barrowing, and increases in debt held in government accounts including the Social Security and Medicare trust funds. All of which contribute to the debt, now $20 trillion, but are not accounted for in deficit readings.

President Trump will need to control all of this spending in order to reverse the stagnation our economy has developed, rein in the national debt and return the country to a deficit neutral state.

Where Trump faces the biggest pushback in these goals, is in determining where the Congress is even willing to make any cuts. There, one of the biggest challenges Trump will face from a deficit perspective is remaining resolute on his promise to increase military spending — Trump wants to increase the Navy to 350 ships and modernize nuclear defenses — against the GOP Congress’ promise to reduce the deficit, meaning Republicans must look seriously at the numbers.

Mandatory spending represents the vast majority of government spending and is nearly impossible to change from year to year — it operates automatically based on eligibility for programs — without an act of Congress. Social programs such as Medicaid, Medicare and Social Security are funded here, as well as income guarantees and tax credits.

In fiscal year 2016, this accounted for $2.7 billion or 70 percent of the total government expenditures.

Conversely, discretionary spending is government money budgeted for each executive department and government branch to execute their duties. Each year through appropriations legislation, new budgets are determined.

Here the remaining 30 percent of the U.S. budget, totaling $1.16 billion, is dispersed.

This presents an interesting dilemma, Congress does not have the entire $3.8 trillion budget to manipulate during the annual appropriations process, it only has 30 percent.

Within this discretionary spending, Trump has promised to provide a funding increase to the Department of Defense and Military programs which would substantially modernize our current fleets. The Washington Post’s Karoun Demirjian of November 2016 reported, “Trump and congressional Republicans are actually on the same page on a host of defense priorities, including increasing the number of active duty troops in the Army and size of the Navy, large-scale modernization of military facilities, weapons and the nuclear arsenal; and a dramatic spike in missile defense”

Finally having the President and Congress in solidarity on where military spending needs to be is a key first step, but next, they must determine where else money is going to be taken from in order to remain deficit neutral.

A return to the highest Defense spending budget in history would be a return to the 2010 budget, which appropriated about $690 billion to the department. But to be deficit neutral, such an increase of more than $100 billion dollars would require steep budget cuts in every other department within the discretionary spending sector.

In order to achieve that goal Republicans would have to be prepared to cut 17 percent from each other discretionary program. Removing the Department of Veteran Affairs from these cuts due to its own need for modernization, would require 19 percent cuts across the rest of the discretionary spending budgets.

While this seems steep, it might be Trump’s only opportunity to upgrade American defense while managing the deficit.

With the country’s current economic stagnation — it has not grown above 4 percent since 2000 and not above 3 percent since 2005, plus labor participation among 16-64 year olds continues to stagnate — the government does not collect revenue at the same rate it once did. Steven Winn of the Concord Coalition explained last year that as national entitlement spending continues to rise and tax revenues remain low, the deficit will expan dramatically. A lack of labor force participation stifles the economy’s ability to receive tax revenue to pay for programs such as Medicare and Social Security, they lose their economic sustainability.

The best way to reduce the deficit, then, is to get the economy moving again and get Americans back to work. Trump must turn the economic tide he has been thrown into, as eight years of Obama Administration’s policy has taken a toll not only on the deficit and debt, but the entire budget. Politically, if Trump does not make these drastic cuts a priority immediately, he might lose the Republican Congress willing to implement them. Or worse, waiting to neutralize the deficit could result in continued economic stagnation, eventually turning into economic devastation should a debt crisis arise. Better to act now before it’s too late.