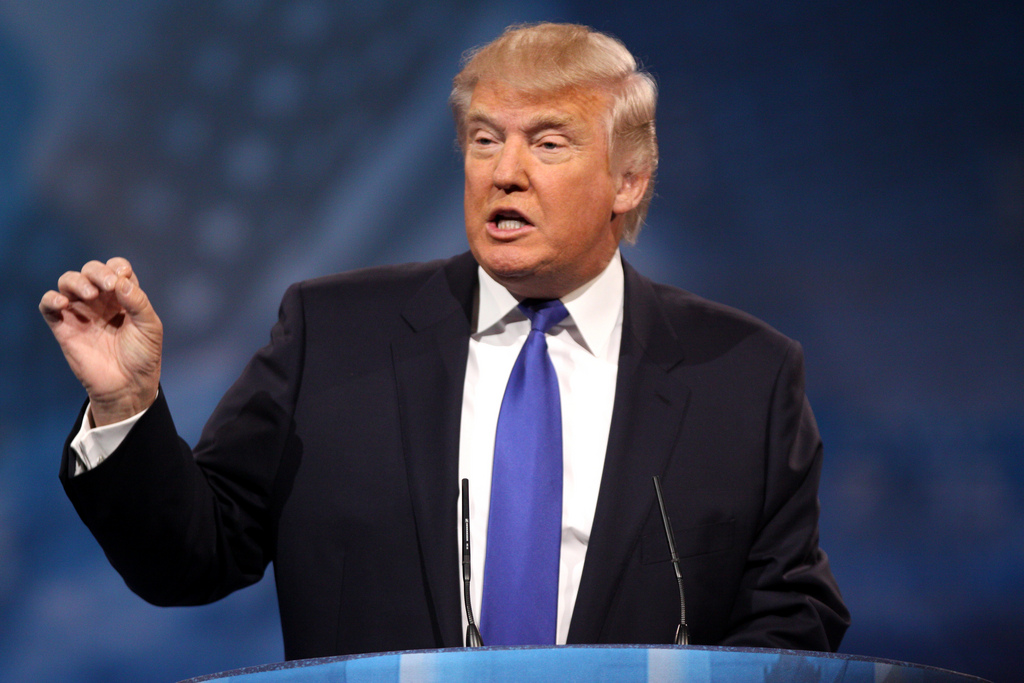 Time Magazine has named Donald Trump its Person of the Year, going to “the person who had the greatest influence, for better or worse, on the events of the year.”

But make no mistake, Time does not think it’s for the better. To Time managing editor Nancy Gibbs, writing “The Choice,” Trump is little more than the country’s new demagogic leader whose critics say his candidacy led to “the destruction extends to cherished norms of civility and discourse, a politics poisoned by vile streams of racism, sexism, nativism.”

Gibbs called Trump’s election a “disruption.” The cover of the magazine dubs Trump the “President of the Divided States of America.” This is a narrative that still seeks to delegitimize Trump even as it elevates him.

“For reminding America that demagoguery feeds on despair and that truth is only as powerful as the trust in those who speak it, for empowering a hidden electorate by mainstreaming its furies and live-streaming its fears, and for framing tomorrow’s political culture by demolishing yesterday’s, Donald Trump is Time’s 2016 Person of the Year,” Gibbs declares.

So, Trump is a demagogue feeding on despair who doesn’t tell the truth and has empowered a fearful and angry electorate, per Time’s Gibbs. Oh, and he’s not legitimate because he lost the popular vote and half the country voted against him. Why don’t you tell us what you really think, Ms. Gibbs?

In the meantime, 2016 was not the closest election in history — 2000 was much closer in terms of individual votes separating the two candidates in swing states of consequence. Nor was it the most divisive — 1860 left the U.S. in far worse shape as it led directly to the Civil War. More divided than ever? Pfft.

In truth, neither candidate won a majority of the popular vote — both were less than 50 percent — but it was Trump who came out on top of the electoral college with 306 electors to Clinton’s 232.

Trump won the election decisively, particularly in the Rust Belt states of Ohio, Pennsylvania, Michigan and Wisconsin, not because he was divisive, but because he did what no Republican has done in recent memory — unite conservatives, Republicans, Independents and blue-collar union households with an economic message of bringing production back to the U.S. via better trade deals that cut across traditional ideological and party lines.

But for the Trump Democrats in these states, and it would not have been a victory for the President-elect. He ran on bringing jobs back to the U.S. — for all Americans — not just Republicans.

In fact, Hillary Clinton was the candidate who ran a campaign based on division along racial and gender lines. She defined supporters of her opponent as “the basket of deplorables” and “racist, sexist, homophobic, xenophobic, Islamophobic, you name it,” an analysis Time’s Gibbs apparently appears to agree with.

A day later, Clinton “regretted” her analysis of “half” of Trump supporters — what was it, more like Mitt Romney’s 47 percent? — but the only thing she likely really regrets now was that it got caught on tape and ultimately proved to be more damaging than anything Trump said about women from years ago. It was her biggest gaffe of the campaign, a ready-made excuse for the 60 million Americans who elected Trump to vote against Clinton, who clearly did not even like them, let alone want their votes.

Clinton ran overtly as the chance to elect the first female president, proudly playing “the woman card,” in her words, which she never shied away from, declaring on the campaign trail, “Deal me in!” The campaign even distributed “woman cards” on the campaign trail to supporters. The peer pressure that was applied to females was remarkable.

If anybody is responsible for dividing the nation, one could easily make the case that it is Clinton, Democrats and the mainstream media who just spent the past 18 months warning hyperbolically that we were about to elect Adolf Hitler. Drop the meme, already, the campaign is over.

Trump ran an “America first” campaign that, by design, rose above party, race, gender or other personal identifiers. As if Americans were just data points to be categorized systematically. And, yes, he did using plain and sometimes colorful language, something many of his supporters greatly appreciated. Trump did not worry about offending Islamist terrorists who want to blow Americans up or Mexican drug lords who want to poison our youth while making a buck or illegal aliens who broke the law to get and stay here or our so-called trading partners who tax the heck out of U.S. goods with currency devaluations and other de facto tariffs.

In other words, Trump was sticking up for Americans — all of them — against threats to the U.S. national interests, as he perceives them. That is not divisive. They may not be the priorities shared by his opponents, and that is a fair discussion that can be had.  But Trump’s critics have never sought a fair discussion, preferring fake ones where ignoring tariffs on U.S. goods present in “free trade” agreements is considered the pinnacle of economic literacy, where calling for halts to immigration from regions with high rates of Islam-motivated terrorism is “racist,” and where wanting to protect the rights of the unborn is a “sexist” attitude and not, say, a sincere belief in the sanctity of human life.

No, it is not Trump who has divided America, it is the intellectuals in the ivory towers on the left and right who insist on rule by the supposed experts, who want to flood our markets with cheap goods made from de facto slave labor overseas that U.S. producers cannot compete with, who would have the country overrun with wave upon wave of culturally unsustainable immigration and where U.S. interests must make way for global and foreign concerns.

It is the faceless bureaucrats in Washington, D.C. who believe they, and not individuals in a market deciding where to buy or to rent, should be the final arbiters of where Americans live based on income and race.

It is the ideologues of faction who define Americans by their race, religion and gender and whose electoral paths to victory depend on such division.

It is administrators who wish to regulate every aspect of the economy to restrict the consumption of resources and control the growth of the population.

It is the architects of this centrally planned global economy who shifted production, and thus jobs and growth, overseas.

For, it is they who gave rise to Donald Trump, who created the need for somebody like him to grab this arrogant, elite establishment by the collar, cast them into exile for a term or two and return the levers of power to Americans who work for a living. You know, those who only want to raise their families to live better lives than they did and who have become forgotten in this new global village.

Perhaps Trump really did disrupt that agenda. Good. It’s about time. It is the same message that is now resonating in the United Kingdom. And Italy. And France. And the other great centers of Western civilization that was not built in a day and will not go quietly into the night.

Yes, Donald Trump is the Person of the Year, but not for the reasons Time suggests. He captured the nation’s zeitgeist — the defining spirit of the age — to put country first, and to depose of this creeping pan-globalism once and for all.

Trump’s win on Nov. 8 came despite those who would pour the ashes of nation-states into the dustbin of history. It was in defiance of those who painted the caricature of Americans as mean-spirited bigots instead of the far more accurate portrait — of hardworking patriarchs and matriarchs of beautiful, growing families who truly make America great.

For, having a great country must mean having a prosperous place to raise our families. Let us reject those urging ever more discord and dependency and national disintegration and get back to that large body of work ahead of us. What could unite America more, than to put America first and do well for future generations, for our children? Ignore the noise. Donald Trump has earned his chance to bring us together — his way — by helping working Americans succeed again.