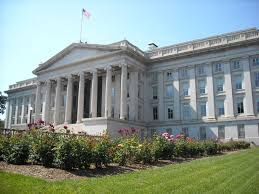 “We’ll look at potentially extending the maturity of the debt, because eventually we are going to have higher interest rates, and that’s something that this country is going to need to deal with.”

That was President-elect Donald Trump’s selection for Treasury Secretary, Steven Mnuchin, in an interview on CNBC discussing the possibility of the U.S. Treasury issuing longer-term bonds. Right now maturities on U.S. treasuries go out to 30 years on the long end.  When asked if that meant 50 or 100-year bonds, Mnuchin replied, “I think we’ll take a look at everything and see what makes sense.”

Mnuchin also indicated he believes rates would stay relatively low in the shorter term. So, his rationale for issuing longer maturity debt appears to be to lock in as much of the nation’s now $20 trillion debt at the lowest possible interest rate, because eventually, per Mnuchin, rates will rise, increasing the burden on taxpayers and creating pressure to borrow more.

With longer maturities, much of the national debt would not be subject short-term fluctuations or interest rate shock. After all, we don’t want to wake up one day trying to figure out how to pay 10 percent interest on the national debt.

If the issuance was really long, say, 100 years, then the need to refinance much of the debt could be put off for a very long time, too.

So, it is easy to find reasons in the national interest to do longer duration maturities on the national debt. All of which assume rates are going to eventually rise, as Mnuchin premised the proposal on.

It also indicates that Mnuchin is expecting that inflation, which is almost non-existent presently, will begin to rise in the U.S. because of Trump’s plan to bring more production back here. In the interview, he called 3 to 4 percent real GDP growth annually — not seen in over a decade — “sustainable,” so higher inflation expectations if the Trump plan succeeds may be warranted. The Trump administration should certainly be prepared for success. If that means higher inflation and, thus, higher interest rates, then extending treasuries maturities makes a boat load of sense.

But what if rates were going to drop instead? Some schools of thought look at the 30-plus year drop in interest rates — and the advent of negative interest rates in Japan and Europe — plus the borderline deflationary environment we are currently in, and see lower interest rates on the horizon.

In such an adverse scenario, in deflationary circumstances or just with rates still dropping, it would actually be better for taxpayers to refinance the debt at the perpetually lower rates. If rates were to go negative, even more so, because then, the government would actually earn interest on the debt, instead of owing it. Again, from a purely risk-benefit analysis. We’re not advocating negative rates, because it would create a perverse incentive to borrow and create real downsides to lending. But if the goal is to save taxpayers money on interest payments, if you believe rates are still going lower, then locking in rates today for, say, the next 100 years might actually be a terrible idea.

Further, assuming that rates actually do continue to collapse over the longer term after issuance of the 50 and 100-year paper — contrary to Mnuchin’s expectation — the incentive will be to buy the longer maturity, higher yielding paper, particularly for institutions, foundations, pension funds and the like. Because if rates really are going negative, the 50 and 100-year bonds might wind up being the last interest-bearing bonds — ever.

Then the longer-term bonds might start to look like a future bailout for financial institutions and the privileged wealthy, who might stockpile the last few truly marketable securities.

Of course, that all tells us why everyone should hope the Trump plan to boost growth, increase production here and create jobs — which should raise inflation expectations and interest rates — succeeds.

Because the alternative appears to be this. We are on the cusp of deflation. Good-paying jobs for working-age adults are more scarce then they were 20 years ago. If Japan and Europe provide windows into that no-growth, negative interest rates future, it isn’t pretty, and perhaps we should aspire for something more.

If that means creating incentives to producing here and disincentives against offshoring jobs, then so be it. The well-being of the country is more important than a “cheapest is always best” policy on trade. Because if we fail to get the economy moving again, worrying about the duration of maturity on U.S. treasuries is going to be the least of our problems.