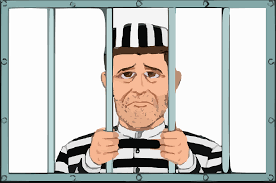 A derelict from the New York city borough that houses the world famous pinstriped Yankees will now be wearing a different form of a striped suit, a la state prison garb. The incarceration of Bronx native Jesswill Perez is rooted in his December 2013 murder of a 19-year-old kid, who hailed from the same locale. And it was aided by a Facebook photo.

Bronx District Attorney Darcel Clark stated, “A Bronx jury has convicted this defendant of shooting a young man during a dispute. They also found him guilty of the gun charge, after being presented with a photo he posted on Facebook of him holding the weapon. This sends a message to those who espouse the culture of guns and violence that it is not tolerated in the Bronx.”

Stupid move by Perez, a now 21-year-old, in arrogantly posting pics of himself holding firearms on social media. Evil move by him in gunning down Edwin Molina, the 19-year-old victim.

Per a press release issued by Clark’s office, the following occurred:

“On December 20, 2013, in front of a bank branch at 795 East Tremont Ave., Perez argued with Edwin Molina, 19, whom he knew. Perez pulled a .25-caliber pistol and shot Molina three times. Perez was arrested February 8, 2014 with the murder weapon and a 9-mm pistol in his possession. The firearms were suppressed at a pre-trial hearing but a Facebook photograph of Perez’ arm–with an ornate tattoo reading “Money Power Respect,” the hand holding the .25-caliber pistol–was entered into evidence.”

Perez, who will sentenced in December, faces 25 years to life in state prison.