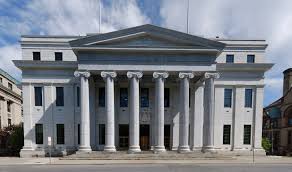 District Attorney P. David Soares announced the verdict of the baseball bat assault case that took place in Albany back in January. The jury came to the decision that Derek Coppins, 41 of Albany was guilty on three different counts, including Attempted Assault in the First Degree.

Coppins was found guilty for repeatedly striking an adult man with a wooden baseball bat repeatedly, which left the victim with bleeding lacerations to the head and a broken arm. The injuries were so severe that the victim then needed surgery to repair the damage that Coppins had caused.

In addition to the charges faced previously to the trial, Coppins was found to have try and tamper with evidence by attempting to pursued an eye witness in the case to prevent her from testifying against him. This along with the two other charges, has put Coppins facing up to 15 years in State Prison.