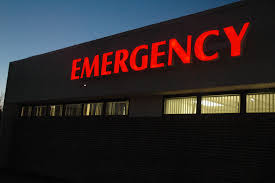 The new top-seeded Democrat U.S. senator, New York’s Chuck Schumer, is at odds with intended actions by the Centers for Medicare and Medicaid Services (aka “CMS”). This red-taped-ladened government agency is seeking to have many local hospitals pay them hundreds of thousands of dollars. Notices are scheduled to be dispatched to the hospitals shortly, with CMS retroactively attempting to recoup funds via some crazy-laboratory-like formula. In essence, CMS is seeking to take back money—and they will be demanding the return of the funds within 15 days of the notices.
Schumer says no way.

In an effort to protect these hospitals, Schumer is not only directly speaking with CMS chieftains, but he is making visits to some small, rural hospitals in New York on Monday. Checking in at Lewis County General and Massena Memorial Hospitals in the North Country, Schumer will personally let those hospitals’ recipients know that he’s got their backs. These hospitals provide critical services to senior citizens, as well as the entirety of geographically large rural populations that often lack emergency care for significant miles.

The CMS funding is integral to the hospitals’ continued ability to afford these wholly important services. Forcing hundreds of thousands in refunds to CMS would be debilitating to them, if not catastrophic.