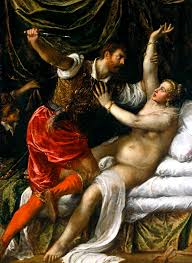 The varied District Attorneys of New York City have issued a joint press release, affirming their convictions to pursue bias crimes. The district attorneys who have signed onto this commitment are Richard Brown, Cyrus Vance, Darcel Clark, Michael McMahon, and Eric Gonzalez.

“As the District Attorneys who serve all of the residents of New York City, we want to reaffirm our commitment to prosecute vigorously crimes that are motivated by bias and hate.

“We have never and will never tolerate such acts – particularly those involving violence, intimidation, and destruction of property. As demonstrated by yesterday’s FBI report on national hate crime statistics, these crimes are becoming more commonplace. Within the past week, our offices have become aware of multiple incidents where New Yorkers received threatening messages related to their race or religion, and we are carefully monitoring these reports.”

Given the riots carried out in opposition to Donald Trump’s presidential election, this statement is reassuring that crimes of violence and other illicit acts perpetrated against Trump supporters will be vigorously prosecuted by these agencies. Many times the illegal conduct beset upon the Trump supporters has been rooted in hate connected to their racial, ethnic and religious backgrounds. Of course, this unfortunate phenomena is color blind and the victims of it are white, black, brown – and of all ethnicities and religions – and in equal percentages across the board.