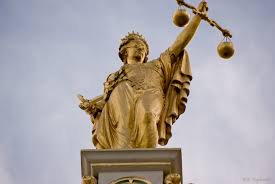 A judge’s role is to dispense justice. He must look at cases with judicial blinders, unaware of the facts before the case is presented by the opposing sides. A judge, operating under the true design of this very important position, must not take sides; he must be a neutral arbiter. And, after hearing and reviewing each case’s specific facts, the judge is required to apply the law – and then render a decision.

Many judges, however, are unable to function appropriately within these crucial mandates, which creates chaos – and injustice within the judicial system. Unfortunately, many judges are political hacks who are not the best attorneys ascending to the bench. Conversely, there are many judges who are indeed honorable—men and women who do meet the precious standards defined above and worthy to wear the robe. Judge Robert Freehill is one of these jurists.

Lawyers throughout Orange County and beyond have lauded Freehill for his sound decision-making abilities, organizational skills, and fundamental fairness. They point to his wealth of experience on the bench.

Judge Freehill has served on the Orange County Court since 2007. He has been an acting justice of the Orange County Supreme Court in the 9th Judicial District of New York since 2009. Prior to his upper court practice, Freehill, a Republican, was a municipal justice for the Town of Wallkill. His Democrat opponent, Middletown City Court Judge Steven W. Brockett, has a lengthy judicial service record; he has sat on the Middletown bench since 2005.

Although Brockett has a valued and substantial resume, he doesn’t offer any compelling reason to unseat Freehill. The latter gentleman deserves re-election.