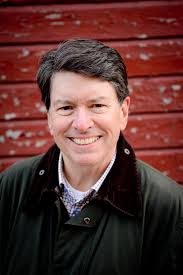 After putting up an unexpected strong challenge against Andrew Cuomo in the 2014 New York Democrat gubernatorial primary, Zephyr Teachout rose to some prominence in statewide liberal circuits. Thereafter, seizing upon the Bernie Sanders uprising, Teachout (who has many views similar to Sanders) handily grabbed the Democrat nomination for New York’s 19th congressional district.

John Faso, her opponent in the general election, didn’t have as an easy of ride into his Republican slot. He was battled by a few GOP rivals, most notably Andrew Heaney. After a fairly cantankerous primary between two formidable candidates, Faso outdid Heaney and became the Republican standard bearer.

With regard to taxes and the tax code, Faso stated, “We need to cut taxes, simplify the tax code and remove unproductive provisions which are no longer necessary or have outlived their usefulness. The U.S. tax code is approaching 75,000 pages, and in recent years under President Obama, we have seen exponential growth. Unfortunately, many of these regulations were written by special interests, corporate lawyers and accountants. Tax simplification was accomplished in 1986 under President Reagan and was supported by bipartisan majorities in Congress. The president and Congress must enact common-sense reforms, including simplifying the tax code.”

Although eliminating the tax code in its entirety would be the best plan of action, Faso is several steps in the right direction. When speaking about regulatory agencies, he provides:

“Regulatory reform is critical to fixing our economic problems. Small businesses and farmers throughout the 19th District are being hampered by an ever-increasing set of rules and requirements that impede their ability to create jobs. For instance, recent Obama administration efforts to greatly expand navigable waters of the United States rules would cripple family farmers throughout Upstate New York, imposing expensive new restrictions on agriculture.”

Instead of seeking the best course of action – which is to outright abolish every federal regulatory agency – Faso says that he would “require new regulations with an economic impact of over $100 million to be approved by an up-or-down vote of Congress. Such a requirement will force federal agencies and Congress to truly consider the financial and economic costs of their new rules and regulations.”

Teachout outlines a seven-point plan to “support independent businesses and grow a thriving economy.” Specifically, she says, “Big companies hire lobbyists to get tax loopholes in closed-door negotiations, while small companies have excess paperwork and none of the tax benefits. We must demand that when any regulation is evaluated, we consider the effect on local communities and independent businesses.”

This sounds good, but it falls far short of seeking to eliminate the tax code and regulatory agencies. Teachout also offers:

“Access to affordable credit is the lifeblood of independent business – both for start-up and continuing operations. But the big banks are choking our economic recovery. We must demand that they serve the independent businesses that are the backbone of our private-sector workforce.”

Bravo to taking on the big banks and for making a play to protect small business owners. More specifics are necessary, however, to explain how such action can be legally accomplished.

Teachout is opposed to the terrible NAFTA and TPP trades deals, and she seeks to end modern monopolies. Her thoughts, in all of these regards, are laudable.

Faso clearly opposes Obama’s pipe dream “Affordable Care Act”, proclaiming that “I will seek to repeal and replace Obamacare with a patient-centered approach that provides more choices to families…Obamacare has raised premiums, distorted insurance markets and reduced the quality of care for too many Americans. The employer mandate has reduced full-time employment at a number of Upstate businesses. Many business owners have told me of increased premiums and less choice as a result of the Affordable Care Act.”

Teachout’s position with regard to Obamacare? She states the following in connection with health care insurance: “Independent business owners are being squeezed by health insurance costs, where coverage for themselves and their employees is simply too expensive. We must reduce insurance costs by fighting the outrageous behavior of big pharmaceutical corporations that set arbitrary and abusive prices.”

Faso, a lawyer and multiple term New York state assemblyman who ran for governor in 2006, is fervently pro-Second Amendment, says he is pro-life, opposes federal funding for Planned Parenthood, and is a big proponent for America taking care of its veterans. He wants a powerful military, perhaps a bit overreaching in his zeal for American troops and weapons across the globe but, nonetheless, he is committed to a strong fight against terrorism.

Teachout is a radical pro-choice advocate and, despite her work as an associate law professor at Fordham Law School, doesn’t seem to have a firm grasp on the U.S. Constitution given her anti-life thoughts as connected to the anathema Roe v. Wade. Additionally, she fails to understand the simple language of the Second Amendment, which makes her no friend of those who seek to affirm their unconditional rights to bear arms. Teachout also is an environmental extremist, proclaiming to know that man has indeed caused global warming, in face of the compelling arguments made in opposition by scientific experts—the truth is, no one really knows if human beings have caused the Earth to warm up (or if the world is going through normal climate change).

Teachout has been endorsed by the likes of Elizabeth Warren and Barack Obama. That, alone, is enough for Empire State News to not endorse her in this congressional race. The vote should go to John Faso.