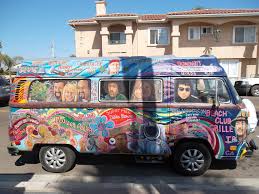 One of the Hudson Valley’s better known film festivals opened this weekend with a marginally interesting film starring Demi Moore and Alec Baldwin. Woodstock Film Festival, which primarily rides off the back of the famed 1969 Woodstock rock n’ roll music event for its name recognition, seemingly used Baldwin to gain the festival more notoriety – but not via his acting role in the opening night movie.

Baldwin, a left wing zealot, recently has roasted Donald Trump on NBC’s “Saturday Night Live”, portraying the Republican presidential candidate in skits. His mimicking of Trump has gained praise for its humor, but also rancor for its obvious ultra liberal propaganda. The festival invited Baldwin to the stage, allowing him to further his political agenda and overshadowing the movie in which he stars.

Baldwin utilized his Trump impersonation to attempt to woo the crowd to his passionate, but divisive and illogical views of Donald Trump. Given that many in the audience were related to Baldwin’s film and otherwise a leftist bunch, there was considerable laughter. Baldwin joked that Trump would pay people at Woodstock a million dollars to keep him there for the weekend, so he couldn’t make fun of him on this week’s SNL show.

Blind, the movie featuring Baldwin as its male lead, is a blasé drama – that seeks to be a love story – about a blind man who is smitten with a wealthy woman. Moore plays the female lead. The film is directed and written by the sons of the late left wing writer Norman Mailer. Michael Mailer serves as the movie’s director and John Mailer authored the screenplay.