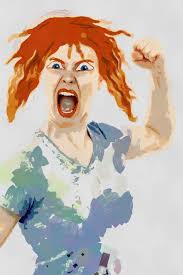 Multiple women have slithered out of the woodwork to lob assaulting claims at Republican presidential candidate Donald Trump. All throwing their fastball media pitches in perfect, timed step right after the blown-out-of-proportion Access Hollywood bus recordings. After consulting with a top legal expert, here’s 10 reasons – and commonsense commentary – that demonstrates why all of these accusations are almost definitely wholly and totally complete lies:

10) Every accusation is a he-said/she-said story.
9) There are no video tapes or audio tapes supporting the claims, nor is there any electronic or documentary evidence.
8) There are no eyewitnesses supporting the claims.
7) The accusations lack any forensic or physical evidence of any kind.
6) There are no admissions by Trump to back the allegations. The Access Hollywood tape, which was miraculously “found” a month before for the presidential election, does NOT buttress the claims. Trump did NOT say that he engaged in non-consensual sexual activity. On the tape, he said the exact opposite. He said that the women “allow” the activity – and “let” him engage with them. That defines CONSENSUAL dealings.
5) The alleged incidents all occurred several years ago, some as many as twenty and thirty-plus years ago. And NONE of the women reported the alleged gropings/kissing to law enforcement at the time of the purported events – or ever.
4) The timing of the women’s statements to the media is highly specious, to the point of making them completely incredible. All of their claims have occurred less than 30 days before the election. As the Trump campaign noted in its first response to the initial allegations, “That says everything.”
3) Many of the women who have levied the allegations are connected to the Hillary Clinton campaign as avowed supporters of her.
2) Most of these women did not tell anyone (or only a person or two), by their own assertions, until years after the alleged incidents. And right up until their public outings (the outings that ALL have conveniently occurred less than a month before the election) they still had told almost no other human beings about the supposed gropings.
1) As each matter unravels, varied evidence is arising, showing that their accusations are false. Eyewitness testimony, proofs that Trump wasn’t at the locations of the alleged assaults, documentation refuting the women’s stories, and even physical evidence denouncing their accusation is emerging. Just one example: Jessica Leeds claimed that over 30 years ago, Trump lifted the arm rest between their first class seats on an airline flight and, like an “octopus”, he started grabbing her breasts and then began to go up her skirt. Aside from the fact that she said something to the bizarre extent that she was okay with the breast fondling (but she drew the line with going up the skirt), she has one big problem–at the time of the alleged act the arm rests on commercial planes could not be moved.

Stay tuned for very likely much more evidence to prove these accusers are telling total fabrications. As in every case of illicit of actions, motive is key to proving misconduct. Donald Trump had no motive to engage in the assaults these women assail. They, however, have substantial motive.

It’s not just 15 minutes of fame that they can derive from making up these stories; riches, in many manners can result. One can envision settlements of lawsuits, book deals, and movie productions. Out of over 200 million Americans, it is quite rationale to conclude that maybe eight or so people would have this type of monetary/fame motive to conjure up such salacious accounts. It is extremely likely that these women are outright lying.  There is indeed motive here. There are the ten factors detailed above. And it is highly probable that more and more evidence will be amassed to disprove their accusations.