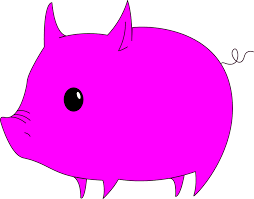 A chubsy-wubsy former beauty queen rolled out of the closet this week, claiming that Donald Trump called her “Missy Piggy” and other derogatory fatso-type-names. The purported “Miss Piggy” comment is unsupported, minus the accusation leveled by the beauty-blubber herself.

Trump, as owner of the Miss USA pageant, did indeed hold a press conference about 20 years ago, showcasing the then-newly crowned Alicia Machado engaging in a rigorous physical workout. He also made statements about her being overweight and that she was an eating machine. Howard Stern, on his mega-popular radio show, said to Trump in 1997, “The Miss Universe, it turns out, the woman who won last year, blows up to a fat pig. I mean, like obese…You whipped this fat slob into shape.” Trump responded with: “Well, that was an amazing one. She went from 118 to almost 170.”

Trump has never confirmed that he called Machado “Miss Piggy”, but he has been steadfast, to date, in asserting that the woman was a beauty queen who needed to lose weight. Whining – and in many cases, fat – liberals have argued that Trump is insensitive and that this manner of admonishments makes him unfit to be President of the United States. Left wing pundits bloviated that Trump is surely going to lose voters over this matter. Well, here’s some realistic news:

Almost no one gives a sh*t about this petty, belly-busting imbroglio. The only people who do care are those jumbo-dumbos who already aren’t voting for Trump. The vast majority of overweight people are not even offended by this, for the same reasons that that they weren’t offended by Howard Stern’s aforementioned statements (and the million other wild things Stern has said); they just find it funny, realistic – and honest.

Machado was Miss USA. It’s part of her job description to not blow up into a blimp. It’s her duty to stay fit and look hot. What kind of moron thinks, with any rational thought, otherwise? Machado was happy to reap the massive benefits of the beauty queen crown, which included some sizable fame and fortune. She was more than complicit in using her feminine sexuality and fine, thin looks to garner those benefits. But once in the slot, she should be able to relinquish her obligation to stay fit, and lose money for the investors of the pageant – with no repercussions? No one should question her blubbering (or complain about it) because such may be deemed politically incorrect?

Do we really want a phony for U.S. President? One who is afraid to call it like it is, for fear of being yelled at by the PC police? One who would rather lose – economically – for America than say what he means (because some bumbling and babbling lib-knobs may get upset)? Screw that.

Machado became tubsy-the-tulip, and it was best business sense to call her out on it. Models need to stay fit. News anchors get plastic surgery, en masse. Athletes must stay in shape. Playboy models need to get naked – and look good. Go-go dancers must shake a sexy bod. Body builders are required to have ripped muscles. In many cases, there are actual binding contractual clauses that require the aforesaid. That’s just tough crap for those who want to play and succeed in those fields. Machado is no exception and, truly, almost no one cares about this “story,” which was catapulted to tens of millions of Americans by Hillary Clinton during Monday night’s presidential debate.

The Clinton campaign dropped an extremely well-produced TV commercial spot moments after the debate. The next morning, Machado is all over the news circuit, in a perfectly orchestrated schedule, talking to news anchors and reporters from every major network. Much of it (with the exception of commentary from analysts such as Kayleigh McEnany and Katrina Pierson) was incredibly nauseating, with hosts tepidly allowing her to ramble for endless time periods, treating her like Mother Theresa and afraid to interrupt her. Yet, Machado claims that she had no idea that Hillary Clinton was going to mention her in the debate. That’s as believable as her acting performances (Machado is also a subpar thespian).

And, BTW, does everyone realize how dumb this woman is? She’s more stupid than she was/is fat. DOUBLE BTW: she’s actually pretty good-looking and really not all that heavy. Just too plump to be Miss USA.

You can have your cake, Miss Machado – but you can’t eat it too.