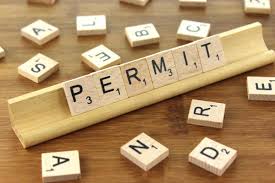 The Town of Wawayanda, nestled in a southern part of New York’s Hudson Valley, isn’t really way out there. Not if you consider “way”, “way” away meaning that one is far away from New York City or other civilization; the town is actually just about an hour from Manhattan. Wawayanda also isn’t “way”, “way” away from major industry. Especially the power plant industry.

A political and community volcano has erupted in this small town due to the building of the CPV Valley Energy Center, a gas-based power plant owned by Competitive Power Ventures (“CPV”). The construction has been approved by local authorities and supported by many in the Orange County community for significant job creation, lower energy costs, and what they deem as clean electrical power generation.

Opponents of CPV have vigorously argued that CPV will cause substantial safety hazards, with direct impact for people living within 30 miles of the plant and indirect health issues for those residing over 100 miles away. They point to a nearly one million gallon diesel tank, a 15,000 gallon ammonia tank, and two 275 foot smoke stacks, all which will be built on a 122 acre piece of land in Wawayanda. The adversaries of the plant claim that these elements are prone to explosions and leaks. CPV officials refute these worries as fallacies. The company’s website seeks to quell the fears with a “Myth & Facts” section on its home page.

The iron is in the fire, however. And many are being burnt, via the law, in each direction. A group of activists protesting the plant – now known as the “Wawayanda Six” – were charged with disorderly conduct for blocking the entrance to the site last December. Among those arrested was Academy Award nominee James Cromwell, who led a chant of “Power to the People” while chained to two other protestors; a state trooper had to borrow a CPV bolt cutter to amputate the metal bindings.

Joseph Percoco, a past leading aide to New York Governor Andrew Cuomo, was recently charged with soliciting a bribe from a former CPV chieftan, Peter Galbraith Kelly, Jr. The basis of the criminal complaint is that Percoco was allegedly supposed to provide assistance in locking down a profitable state-level deal for the power plant in exchange for giving Percoco’s wife a low-show position with CPV. The alleged state deal was never actually realized.

New York Governor Andrew Cuomo’s office told his staff to cease all dialogue with CPV regarding regulatory issues pertaining to the plant. And those in opposition to the plant have demanded an investigation into the permits granted to it. A number of elected officials have decried the CPV permit processes.

Orange County Executive Steve Neuhaus, a top proponent of stimulating the economy and creating jobs, hasn’t let his passion for generating prosperity for his constituents obstruct his mandate that all in the county, including CPV, abide by the laws governing the permitting processes. To that end, he authored multiple letters last week to varied state agencies, such as the Public Service Commission and the Department of Environmental Conservation, requesting that they name and produce the permits conferred to CPV and detailing whether CPV fully complied with the law in connection to these processes. Neuhaus asserted that if CPV did not act properly, their permits should be revoked; if that is the case, the company would need to reapply. This sound approach is the logical route to ensure justice for all involved in this melee.