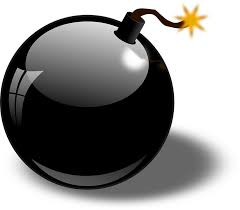 A group of mental midgets have launched a campaign called “Books Not Bombs”, wherein universities across the United States are providing scholarships to Syrian refugees. The schools that have partaken in this program – one that delivers free tuition to immigrants who just entered America – include some of the country’s most elite educational institutions. Yale, Columbia, Georgetown, and the University of California (Berkeley) are, of course, some of the leading culprits.

“Books Not Bombs” is allegedly a student led organization, which is code for a “bunch of impressionable knuckleheads who have zero knowledge of their political surroundings who fall prey to the academia chieftains’ liberal propaganda.” The campaign purportedly has over 9,000 student and alumni members from over 150 universities. It has been founded through a specious coalition of groupies that include The Syria Campaign, Students Organize for Syria, the Karam Foundation, and STAND – whoever and whatever they are…

A chilling set of questions:

(1) Why are over 150 American universities clamoring to give scholarships to newly-annointed immigrants rather than American citizens?

(2) Have these universities (some of them the best academic arenas in the world) actually vetted their educational qualifications to determine that they warrant admission into their schools – much less scholarships? And admission and scholarships over definitively qualified American-born students?

(3) Has the United States government thoroughly vetted all of them to determine that they are not part of ISIS or some other radical Islamic terrorist groups?

Surely, most of these refugees are not ISIS members or terrorist sympathizers. But how crazy is it that, factually, some of these “refugee” students are indeed covert ISIS members? And not only has our government not weeded them out through proper vetting, but a swath of weed-smoking lib-knobs from the United States’s supposed-elite academia world are providing them a free education. A free education that is teaching them, in most settings, liberal values – values that these people hate and want to destroy. Oh, the irony…