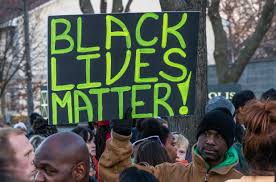 Demetrick Pennie, a sergeant in the Dallas Police Department, filed a lawsuit in federal court against leaders of the Black Lives Matter movement. Pennie, who is also president of the Dallas Fallen Officer Foundation, also named Barack Obama, Hillary Clinton, George Soros, Al Sharpton and Louis Farrahkan as defendants in the case. And, for good measure, the 17-year veteran officer named the New Black Panthers Party as additional defendants. What’s this all about?

The Dallas police officer blames these people senseless violence and deaths that has beset police officers across the country. He believes that the Black Lives Matter leadership, as well as the other defendants, are race baiters who have incited these atrocities.

The narrative of the lawsuit complaint alleges that the defendants “have repeatedly incited their supporters and others to engage in threats of and attacks to cause serious bodily injury or death upon police officers and other law enforcement persons of all races and ethnicities.”