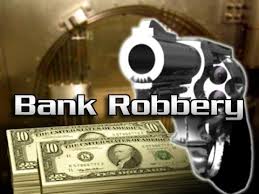 A bank robber who committed two such robberies in consecutive days has been sentenced to 57 months in federal prison. The crimes occurred in East Greenbush and Latham, New York. The offender was Michael C. Matzen, 36, a resident of Troy, New York.

U.S. Attorney Richard S. Hartunian and Andrew W. Vale, Special Agent in Charge of the Albany Division of the FBI announced the sentencing, which also provides that Matzen must serve a 3-year term of supervised release following his incarceration. Additionally, U.S. District Judge Gary L. Sharpe ordered the defendant to pay restitution in the amount of $6,250, which equals the amount of cash that Matzen stole from the two banks.

According to a press release from the U.S. Attorney’s Office, the following are the facts related to each robbery:

“On March 19, 2015, Matzen entered an East Greenbush TD Bank, approached a teller, and handed the teller a note that read ‘I HAVE A GUN, GIVE ME The Top & bottom Drawer, NO Dye packs, NO bait money …’ The bank teller gave Matzen $500 and he fled.