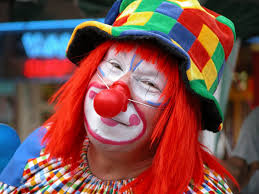 The Guy Who Gave Bruce Springsteen His Nickname – Not because I don’t like Springsteen’s music; I actually love it. But because he heisted Donald Trump’s nickname. And don’t tell me Springsteen was called The Boss before The Donald was – and if that’s the case, then the nickname-giver was a prognosticator and he’s still guilty of this faux pas.

Men Who Have Nose Rings and/or Have Botox – Both are just odd.

Those Who Used Cocaine Yet Oversee Prosecutions of Others Who Snorted It – Oops, that’s exactly what Barack Obama did. He used the white powder in his student years and then has been the chief executive officer of the country (including overseeing the Justice Department), where he has seen to thousands prosecuted for cocaine endeavors…Hypocrite….Not to mention: it’s just plain stupid to use coke or any CDS.

Anyone Who Thinks Brexit was a Bad Idea.