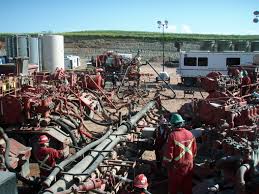 Hazardous waste materials are subject to strict safety standards in New York. However, according to a press release issued by Max Oppen, waste associated with oil and gas operations are not classified as “hazardous” and therefore not governed by these standards. Oppen conjectures that this loophole has resulted in fracking waste being found in state landfills and utilized on roads as a deicer.

According to the release, “Legislators and environmental organizations will call on Governor Andrew Cuomo to complete his commitment to ban fracking, and to protect New York’s clean water, by directing his Department of Environmental Conservation (DEC) to ban waste disposal and road spreading of waste from oil and gas operations.

“The groups and legislators will issue their call as part of comments on proposed changes to the state’s regulations covering waste (known at the part 360 regulations).The DEC is accepting comments on the proposed regulation through Tuesday, September 13.”