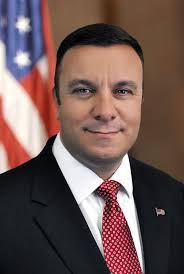 “John Allegro is not a Republican,” so says a flyer mailed by the New York Republican State Committee. Allegro, a Monroe resident, is running for state assembly in New York’s 98th District. His primary rival is the district’s current assemblyman, Karl Brabenec of Deerpark. Their election is next Tuesday.

Brabenec, a lifelong Republican, has been critical of Allegro for attempting to seize an opportunity – one created by a massive schism in the Town of Monroe. A group called United Monroe organized a few years back to battle the powerful voting bloc found in the Hasidic Jewish community, Kiryas Joel. Monroe is comprised of three villages: Kiryas Joel, Monroe and Harriman.

Kiryas Joel, though a tiny municipality, votes in extraordinarily high percentage blocs. They can often mobilize 90% or more of their registered voters to cast ballots for a particular candidate; the ten percent or less balance usually simply do not vote. This has resulted in Kiryas Joel, often called “KJ”, swaying many elections to go for the candidate of their choosing, and for obtaining key elected officials’ votes or support to further their village’s causes such as land annexation. United Monroe has sought to stop this phenomenon.

Allegro is a founding member of United Monroe, and one of its leading officers. Brabenec is not favored by this group, which prompted Allegro to initiate his primary campaign against the incumbent. It was Allegro’s intention to run on the “United Monroe” line, but Brabenec, in a crafty maneuver, gathered enough petition signatures to secure this line for himself. And because his campaign team arrived at the Board of Elections in Albany a few hours before Allegro’s team, Brabenec was able to file first and grab the United Monroe banner.

The move has been met with both criticism and praise. Allegro correctly argues that United Monroe has endorsed him and contends that Brabanec’s receipt of this line is nothing more than a shady political stunt. On the other hand, Allegro’s campaign clearly fell asleep at the wheel and was legitimately out dueled by a more politically savvy opponent. Brabenec also has the Conservative Party line.

Allegro’s team has further attacked Brabenec as being a Kiryas Joel ally. They often reference that Brabenec received that village’s hefty voting bloc vote in the 2014 primary, when Brabanec defeated United Monroe surrogate Dan Castricone in that election. Brabenec, however, was not the recipient of the KJ vote in the 2014 general election, and there is not much, if anything, in his overall record (assembly voting or otherwise) to show that he has favored KJ over the other Monroe villages.

Castricone, an attorney and former Orange County legislator, went on to prove to be a well-spoken, formidable third party candidate, who gathered nearly 10,000 votes in the 2014 general election – by just holding the United Monroe line. His presence made the election razor thin, with Brabenec defeating Democrat candidate Elisa Tutina by just 37 votes. After the election was actually called in favor of Tutina, a recount proved that Brabenec had netted 12,943 votes versus the 12,906 awarded to Tutina. This time around, Allegro and the United Monroe group (not the slogan, which Brabenec captured) plan to reinvent recent history and defeat Brabenec in the primary and/or general election.

If the United Monroe base truly rallies an astounding bloc of voters, Allegro has a legitimate shot to be victorious in Tuesday’s GOP primary election. His chances become substantially more likely if the KJ powers organize a non-vote – meaning they all stay home – which is something they have done in the recent past. Conceivably, KJ could do this if they are equally unhappy with Brabenec’s purported fence-sitting in the KJ-Monroe issues, or if they ultimately plan to again vote Democrat in the general election (and deem Brabenec the stronger candidate). A non-vote in the Republican primary by KJ, however, doesn’t seem too likely. Even if they are disappointed with Brabanec, Allegro is a leader of their arch rival, United Monroe.

Putting aside all this hyper-local Monroe fanfare, Brabenec has the advantage against Allegro in the primary election. Allegro is primarily a single issue candidate. His campaign is all about busting up the Kiryas Joel bloc and crushing their overall political agenda. The majority of the 98th District is either not concerned with this issue at all, or has it low in their priorities. It is also accurate that Allegro only very recently became a Republican; according to that same New York Republican State Committee flyer, Allegro registered as a Republican “less than a year ago.” And although Allegro has a credible businessman background and is indeed very genuine in his cause to better the interests of the United Monroe group, he lacks the major business, legal and political career accomplishments that really should be required of a person seeking to hold a position at the level of state assembly. Of course, it is true that numerous currently elected members of New York’s state government are wholly deficient in their backgrounds, but the same doesn’t mean that others who are inexperienced should be voted into these offices.

Brabenec, on the other hand, possesses this necessary gravitas. He is just completing his freshman tour of assembly duty. In this position, he voted to reduce taxes 27 times (totaling $5.7 billion) and, while he is more of a moderate Republican, he does have a record of furthering many conservative causes. He is not a one-issue candidate, and this surely is appealing to the masses of Republican voters in his district. A professor of political science at Orange County Community College, Brabenec also previously served as the Deerpark Town Supervisor, where he cut taxes in consecutive years and reduced spending by one million dollars.

The successful candidate for a state assembly or state senate seat should be either a highly successful businessman (not just someone who has a decent career), a top lawyer, and/or an experienced elected official. State legislators propose, vote on, and enact statewide laws that affect the most important facets of residents’ lives – and such duties require that the persons doing so have substantial experience in at least one of the aforementioned areas. The same as an auto mechanic should have considerable experience working on car engines and that a medical doctor have the necessary degree and residency before being permitted to perform surgery. John Allegro is passionate and, no doubt, intelligent, but, at this time, he doesn’t have any of the requisite experiences to warrant election for a post of this magnitude; he should first seek local office, where he can gain that experience and evolve into more than a one-issue candidate. Brabenec is a proven Republican leader, who deserves re-election.