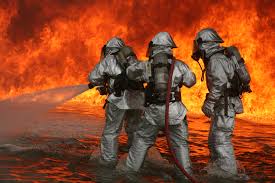 U.S. Senator Charles Schumer (D-NY) is pushing for a mechanism to help firefighters who suffer from cancer. A piece of legislation favored by both sides of the political aisle – Firefighter Cancer Registry Act – was presented to the House of Representatives by a Republican congressman from New York, Richard Hanna. This bill and its bipartisan proponents seek to have a national health registry created, to track firefighters stricken with cancer. Such a registry has never before existed.

Considerable research shows that firefighters have a greater propensity to suffer from cancer than those in most other careers. This is largely due to the obvious: they are subjected to smoke inhalation as part of their work environment, as well as varied toxins. The National Institute of Occupational Safety and Health concluded that firefighters are diagnosed with mesothelioma, a cancer connected to contact with asbestos, more than twice as much as the balance of Americans. This institute, via a five year research program, also found that firefighters have a greater chance of dying from lung cancer and leukemia, than others living in the U.S.

“When a firefighter got a certain kind of cancer, and they matched up what kinds of fires he had fought, where, and what had burnt, it will help our doctors, our experts track things down,” Schumer stated, in speaking about the benefits of the national registry.

The database would not be mandatory. It would be volunteer-driven. And this can be a reality if the bill passes through both houses of Congress, which is likely to occur later this year.