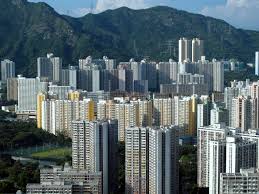 One thing Donald Trump knows a lot about is building beautiful buildings and revitalizing neighborhoods, making them nice to live in again and profitable to do business.

So, what is Trump’s plan to rebuild America’s inner cities? If ever there was a need for urban renewal, it is in the 1.1 million households living in public housing nationwide.

Having begun to make inroads among black voters after his well-received speech in Wisconsin on law and order, charting an immediate 10-point jump in support according to the LA Times/USC daily tracking poll, Trump has a unique and historic opportunity to bring the promise of revitalization directly to the communities that need it the most.

One way the Trump campaign could do that — in a huge way — comes across the pond in Poland, Hungary, Slovakia and Romania in the late 1980s when the Soviet Union was falling apart.

These policies, by Leszek Balcerowicz and others rapidly transformed the Eastern Bloc from communist dystopias into free market economies — almost overnight. Much of the reforms are neatly summarized in a 1996 paper from the Urban Institute by Christopher Banks, Sheila O’Leary and Carol Rabenhorst, “Privatized Housing and the Development of Condominiums in Central and Eastern Europe.”

The plan decentralized housing policy from national to local control, and critically, turned over ownership of state-run housing units to the people who lived in the units under extremely favorable terms.

As the units were privatized, turning title directly over to the tenants, it instantly created a private market for that housing. The owners could sell, but many of them chose to rent, and instantly had long-lasting incomes generated. It was a win-win. The same thing could be done in the federal and state government-owned housing units here in the U.S.

It is a message that could resonate strongly in communities currently tied to public housing. And Trump could sell it to the American people like nobody else — as a man who made his fortune developing real estate and knows how to build great things.

Incentives and financing could also be put in place for refurbishing these units and communities. A 2010 Department of Housing and Urban Development study found the department is $26 billion behind on making improvements and repairs to public housing stock. But when you own something, you tend to take better care of it. And when you can make money off it, you tend to fix it and make it work better.

With ownership comes equity, and the ability to leverage that equity for making repairs. Suddenly a new market for housing finance and home improvement emerges that previously did not exist.

A similar public housing plan was implemented by Margaret Thatcher in the UK in the early 1980s, via discounted home sales — the “right to buy.” However, the Poland, Hungary, Slovakia and Romania programs were faster at transferring ownership to individuals, with far higher rates of privatization in a far shorter span of time.

Trump could push aggressively in this area, creating a new real estate market for urban housing based on individual, private ownership.

Current tenants would be direct beneficiaries, with the plan generating new income necessary to jumpstart the redevelopment of these neighborhoods. Combine it with Jack Kemp’s proposed enterprise zones in the inner cities to create an incentive to do business, and suddenly a robust political program for urban renewal comes into view. It is a plan that would radically alter the economic conditions in America’s most afflicted communities — and bring an end to public housing as we know it.

It is little wonder that economic conditions surrounding public housing is depressed. Where there is no property ownership, there is no equity. There is no economy. But privatize the housing, and instantly one can be created.

With Trump’s experience as a real estate developer, if anyone can rebuild our broken cities, perhaps he can. One way he could do it is by privatizing public housing — and giving those who live there a financial stake in their homes and communities. It’s worth a shot, because what we’re doing now isn’t working.

Many will legitimately argue this proposal is unfair, or simply argue there should ideally be no public housing.

But addressing reality, what is truly unjust is the state of our inner cities and to continue doing what we’ve been doing, which has been an utter failure. These communities are already forgotten by most, but with a property incentive introduced, individuals can begin to take ownership and governance over them — shifting power away from Washington, D.C. bureaucrats who don’t care a whit about what happens there.

The way to end our Soviet-style, failed public housing system and to empower individuals living in poverty is precisely the way the former Soviets did — by lifting the ban on private property for those who live those housing units. Where Democrats, the Department of Housing and Urban Development have failed over successive generations, Donald Trump could succeed, by taking a page from the 1980s.

Robert Romano is the senior editor of Americans for Limited Government. You can reda more of his articles at www.netrightdaily.com.