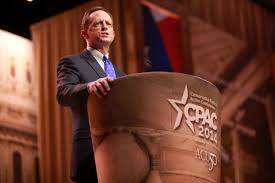 “As it now stands, TPP is not a good deal for Pennsylvania. I cannot support it.”

That was U.S. Senator Pat Toomey (R-Pa.) writing for the Pittsburgh Post-Gazette on Aug. 17, outlining his opposition to the 12-nation Trans-Pacific Partnership (TPP) trade pact.

Coming from Toomey, a former president of the Club for Growth, a group that strongly supported reinstating trade promotion authority and the TPP — its website states, “Deals like NAFTA, CAFTA, and now the recent Trans-Pacific Partnership (TPP), massively reduce tariffs and other barriers to trade” — this is a huge crack in the traditional coalition that usually supports trade agreements.

But can he trusted? Pat Toomey has about as much credibility opposing the TPP as Hillary Clinton does, which is to say, he has absolutely no history of opposing trade agreements.

Toomey, who faces re-election this year, voted for fast track trade authority, too. As a result, some are questioning whether his opposition to the TPP is sincere or just an election year conversion.

Because here’s the problem. Perhaps you will appreciate the skepticism. A lot of politicians are going say this or that against the unpopular TPP before the election — 48 percent oppose it nationally versus 27 percent who support it in a recent Rasmussen poll — but how will they vote if the agreement comes up in December after the election?

There is little question that the lame duck session is the most likely way the TPP is going to come up. But Toomey did not mention the lame duck in his oped.

The whole point of fast track is to guarantee that as soon as 60 days after the President signs the agreement, and submits necessary changes in law to implement the agreement, Congress then has to vote on it under expedited proceedings with no possibility of amendment.

That is why President Barack Obama has not signed the TPP yet — and likely won’t for several more weeks. Once he does, the clock starts ticking.

Fortunately for Toomey and other members of Congress looking to appeal to an electorate increasingly hostile to the TPP, that means they have time to strengthen their positions prior to the election— by pledging they will absolutely oppose passage during the lame duck session of Congress.

Americans for Limited Government President Rick Manning in a statement urged Toomey to rule out lame duck passage of the TPP. “A sure-fire way Toomey could signal that he is serious in his opposition to the TPP is to make an emphatic statement against bringing up the trade deal in the lame duck session of Congress — after the election when voters will be unable to hold their representatives and senators accountable,” Manning said.

Manning is right. Ruling out lame duck passage of the TPP may be the only way voters can tell which of their representatives and senators really oppose the trade deal — and who’s faking it.