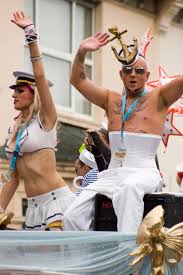 BY THE OLD BAG

It’s a fair assessment that very liberal women think getting naked in front of basically anyone is totally cool. That’s why nearly every famous actress has dropped their clothes for millions to see them in the buff. Or, maybe it’s because they’ve been paid millions. But that would make them prostitutes, right? Because getting paid to get naked is the definition of being a hooker, isn’t it? Or is there a fine line between being paid to engage in a sexual act versus being paid for simply stripping one’s self of her/his clothes?

In any case, three points: (1) I can understand why a man wouldn’t marry an actress who was willing to take off her clothes for a paycheck and/or because she calls it “art.” The fact that millions of other men also get to see her in the nude, sort of takes away from the specialness – and it pretty much makes the woman a slut, as such is defined in our world; (2) I can also understand why a man would date these women. Why not – because surely most of them are easy and most actresses are quite pretty; (3) I could respect these actresses as friends, the same as any other women. That’s because I don’t care if they pull off their shirts and drop their drawers for money and/or fame. All people should be able to do whatever they want with their bodies (except have an abortion because they are killing a human life). So, if they want to get naked for cash, cow, or conundrum, go for it. Free will and the freedom of our society allows for it. But they should be smart enough to realize that most guys don’t respect them (in the wife sense), but I bet a let of men also would respect them as friends (they would just respect them like their guy friends).

Now, this gets me to the all-important 9th Annual GoTopless Pride Parade in New York City. It’s scheduled for August 28. I bet every man – those who respect the women who get naked naked for money/fame/whatever and those who don’t – would be excited to have a bird’s eye view of this parade. Also, I suppose lesbians will be excited too. And, here, I have two questions.

Will liberals like Rachel Maddow, Ashley Judd, Susan Sarandon, The Dixie Chicks (and the tons of others in the entertainment business) be marching topless? I mean, if no money is involved, do these liberal women just like to get naked for the sake of it? If so, which of them will the men and lesbians be excited to see? I’m an Old Bag; even if I was a lib, I wouldn’t be marching topless – because I don’t think anyone would want to see me and my drooping…