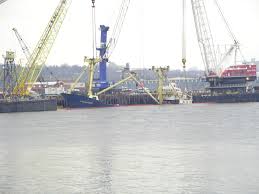 The Port of Albany will soon be a gateway to the world, according to U.S. Senator Chuck Schumer. Considered integral to the perpetuation of numerous existing jobs and the creation of many more, Albany’s leading port generates approximately $800 million in annual economic output throughout the State of New York, per the Port of Albany’s 2015 Annual Report. The port also currently doles out about 1,400 local jobs and 4,500 positions statewide.

Recently, Schumer announced that the port had secured $17 million in federal funding. These funds, procured after intense lobbying by Schumer, are geared to help the Albany region and upstate manufacturers globally export their goods through passage on the Hudson River. It is hoped that the grant will alleviate problems associated with transporting and storing heavy cargo and cutting edge technology cargo that is too large for normal railroad and highway transport. The waterways are a more suitable route, according to the proponents of the grant.

Schumer said, “The ship has come in for the Port of Albany and it is loaded with 17 million dollars in federal funds to expand and upgrade operations and support the growth of this vital job-creating economic engine of the Capital District. This major federal investment will help the Port accommodate larger cargo shipments and exports that our manufactures need to be competitive with the rest of the world. I’m glad Secretary Foxx and USDOT heeded my call to made this important investment in the capital region a reality.”