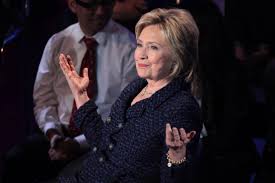 A Franklin and Marshall University poll has Hillary Clinton leading Donald Trump by a whopping 40% in the four predominantly “white, college educated” counties in southeastern Pennsylvania. These are suburb counties of Philadelphia. Barack Obama beat Mitt Romney in these same counties by 9% in the 2012 presidential contest.

Meanwhile, in a sect of southwest, PA (in counties around Pittsburgh), Trump has a 23% lead over Clinton. These counties are generally classified as white, blue collar locales, meaning most are not college educated. Romney won these counties by 18% over Obama.

Summation: the poll, conducted by a Pennsylvania university, is likely flawed. Are they really trying to say that smart whites largely don’t like Trump? And that lesser intelligent Caucasians do? Trump is leading with white voters across the board. And the nonsense that in some states he has literally zero percent of black votes is just that: nonsense. Of course, Clinton has a big lead among all minorities, but ZERO percent?! The academia and mainstream media are going to completely lose the little credibility they currently have if they keep peddling this BS.