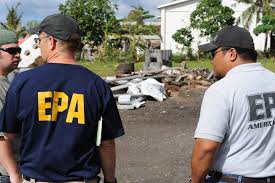 In a rare congressional vote that will actually limit government, Congress etched out 226 votes to defund a practice that had given the EPA unwarranted powers. The so-called “sue and settle” practice is now effectively defunct pursuant to this vote. This legislative measure takes at least one abusive tool away from one of the federal government’s most unruly and unconstitutional regulatory agencies.

Americans for Limited Government President Rick Manning, praising certain members of Congress, stated, “Sue-and-settle arrangements are where a group sues demanding that the EPA or another agency enforce the law in a new, expanded way and the agency enters into a consent decree with the party, which is signed by a judge. This leaves the agency with new powers under the Clean Air and Water and the Endangered Species Acts. But now, thanks to U.S. Reps. Smith, Westmoreland and Collins and a decisive 226 to 202 vote in the House, this practice will come to an end. Sue and settle is an abomination that has no place under representative government, as it cuts Congress out of the process of amending law.”

U.S. Reps. Jason Smith (R-Mo.), Lynn Westmoreland (R-Ga.) and Doug Collins (R-Ga.) led the way in passing an amendment to the Department of Interior appropriations bill, which defunded the practice of sue and settle.