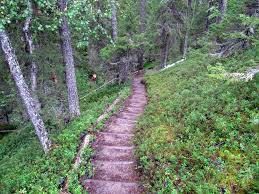 A well-known Orange County trail that extends nearly 12 miles is expected to be elongated, through the City of Middletown. The Heritage Trail, which currently begins in Monroe and ends in Goshen, has been the subject of discussions involving Middletown for several years, although no such action has ever occurred. Middletown Mayor Joe DeStefano affirmed this past winter that he intended for this change. A meeting last week resulted in a step forward for DeStefano’s plans.

The mayor has multiple ideas for the trail’s connection to Middletown, including channeling a section of it through a historic department store building, connecting it to a skateboard park, and hooking it up with Touro Medical School. His ideas are exciting to the community activists who are looking forward to the Heritage Trail becoming part of their city.

Mostly federal monies would be utilized for upgrades to the trail. Orange County is planning to redevelop it in three segments, with overall budget estimates in the $12 million range.